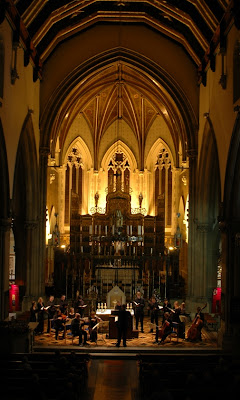 After a very well-received performance earlier this year, the Armonico Consort returned to the Cathedral tonight. They were accompanied by the Orchestra of the Baroque and the world-famous trumpeter Crispian Steele Perkins. 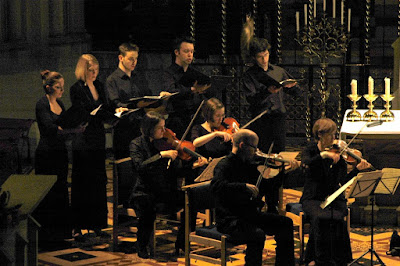 Despite events taking place in Paris, there was a good crowd in the Cathedral to hear their stunning performance, including Handel's Dixit Dominus and Vivaldi's Gloria. It is striking that the words of these pieces are still regularly used in the Cathedral: the Gloria is frequently sung or said at Mass; 'Dixit Dominus' is the opening of Psalm 109 (110), still sung every Sunday (albeit in English and to a simple psalm tone) at Vespers. The continuity of sacred music - and of the Church's faith - can be clearly seen. 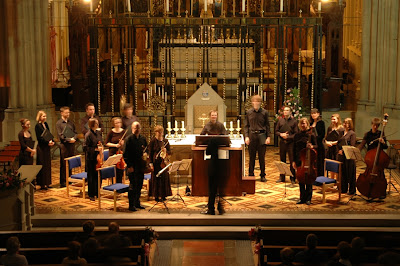 The concert was a fine end to a busy day at the Cathedral. Earlier the diocesan Union of Catholic Mothers held their annual general meeting here, and Chris Ginns, the Cathedral MC, was married this afternoon. Best wishes to him and Charlotte as they begin married life.
Posted by Lancaster Cathedral at 21:34