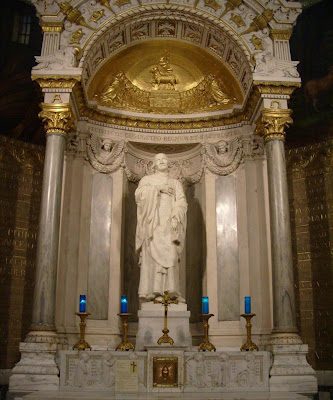 Today's feast of St John Vianney has special significance. It's 150 years to the day since the famous Curé of Ars died. 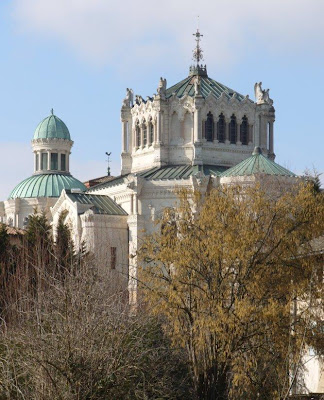 The statue pictured at the top of this post is located in the Basilica in Ars built after the death of its celebrated confessor. Many thousands visited him in his lifetime, and today 400,000 people travel to his shrine each year.

Ars is celebrating 2009 as a holy year - the anniversary is well-marked around the village. It is partly on account of the anniversary that Pope Benedict has asked us to observe a year of prayer for priests June 2009-June 2010. 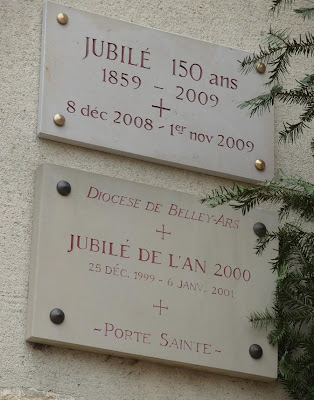 A holy door, opened only in jubilee years, provides access to the Basilica during 2009. These pictures were taken during a junior clergy retreat to Ars a few months ago. If you'd like to see more, click here to be taken to the February archive and then scroll down. 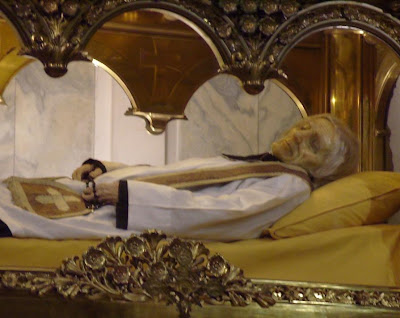 Posted by Lancaster Cathedral at 06:03