Let's hear it for the silent organ 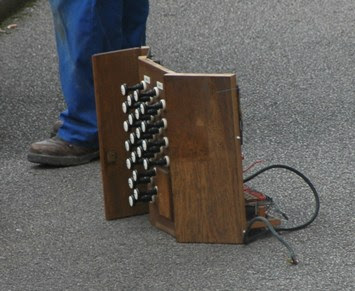 On Tuesday, after two years of fundraising, work finally began on the restoration of the Cathedral's fine pipe organ. 1886 pipes to be cleaned; a complete overhaul for the console, new bellows (replacing the originals, installed 118 years ago, so overdue for retirement!) and a few other minor improvements... it's a big job, expected to take about four months. The console has been dismantled (see above) and taken away, leaving a great hole where once it stood... 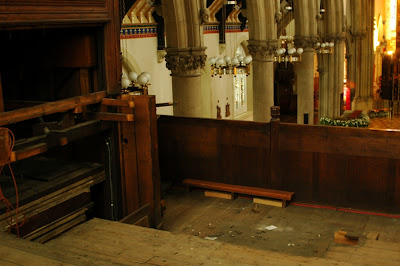 Above, the hole; below, the console on Monday, before the work began: 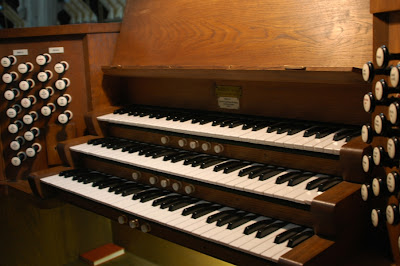 The work is being carried out by Henry Willis and Sons Ltd, the famous Liverpudlian organ builder. They'll have further information on their website, at http://www.willis-organs.com/. The picture below shows the area where the console was, and the hole left by the removal of the old bellows from the casing behind. 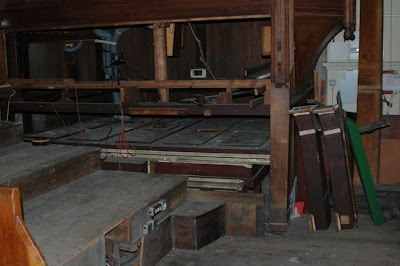 Although at the moment it looks like a scene of destruction, it's wonderful to see so much hard fundraising work beginning to pay off. There's still some money to raise and a few months to raise it. For now, though, there is a sense of achievement: we are cheering the fact that the organ has, temporarily, fallen silent.
Posted by Lancaster Cathedral at 21:21