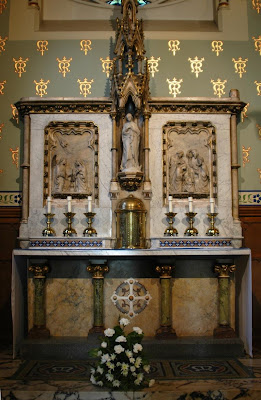 May is traditionally a month of devotion to Mary, the Mother of Jesus. Today's post marks the month with a few pictures from the Cathedral's Lady Chapel. Sadly the chapel is a little too small to be used very regularly, though it was well used for devotions in honour of Our Lady of Lourdes in February, and serves as the altar of repose on Maundy Thursday. The chapel was built with money given by the Dalton family. The Daltons were a wealthy Catholic family who resided at Thurnham Hall, a few miles outside of Lancaster. Their memory lives on in the city: Dalton Square, where the Town Hall is found, bears their name. The reredos (the screen above the altar) has some of the Cathedral's finest carvings, some of which have been featured previously (for the Immaculate Conception and at Christmas). 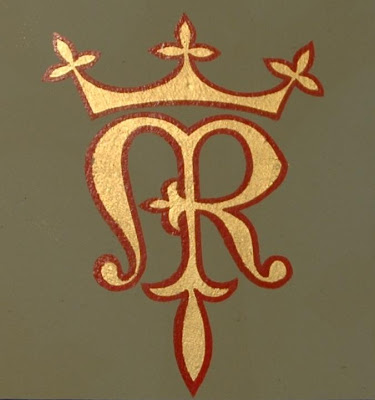 On the wall the stencilled monogram bears the name of Mary (in Latin, Maria). With a little imagination all of the letters of 'Maria' can be seen in this image. 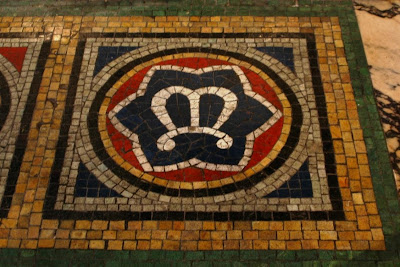 With all the images around the Cathedral, it would be easy to miss the rather colourful mosaic floor. The monogram is on the floor just beneath the altar, and additional decoration covers the whole of the chapel. 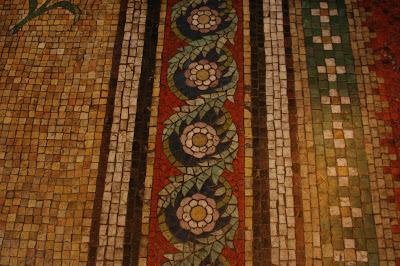 Posted by Lancaster Cathedral at 08:15