Serving the Lord at His altar 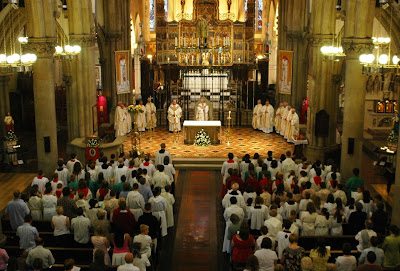 Today the Cathedral hosted the annual Diocesan Altar Servers' Mass. Servers come from all over the Diocese. It is a chance for them to get together and a recognition of the hard work they put in throughout the year. For a lucky few it is also a rare chance to serve in the Cathedral. All of the servers who came were given a copy of St Matthew's gospel during the Mass. 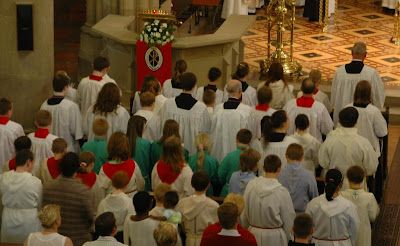 Most of the dozens of servers who attend have to sit in the front benches. The variety of colours and styles of their robes is very striking. 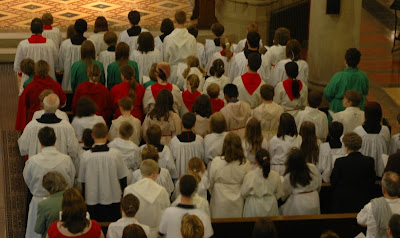 Parishes are always blessed when they have a good team of servers. The Cathedral is particularly fortunate in having so many who are willing to serve at Mass round the year. 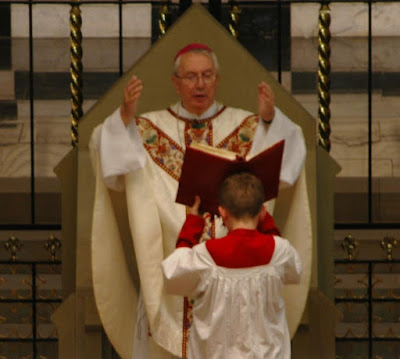 The work of altar servers is a good deal more complicated than it often appears, and a fair amount of time is spent in training and practices. Their tasks are various: carrying cross and candles in procession, assisting with books, setting up the altar... the list goes on. While each individual role may seem fairly simple, it demands a lot of teamwork for everything to run smoothly and to look orderly. 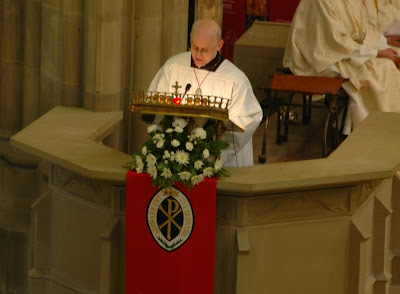 Many servers are members of the Guild of St Stephen, patron saint of altar servers. We hope to enroll many of our own servers in the guild in the near future. The guild's insignia was displayed at the front of the Ambo during Mass; it is matched by the medal that guild members (such as this server) wear for Mass. 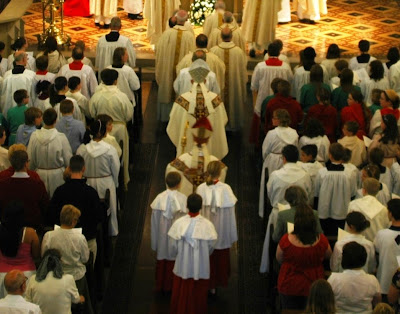 Today was also notable in that it was the first time that our two Bishops have appeared together publicly for Mass since the ordination day. The two mitres processing in is likely to be a familiar sight over the coming months. 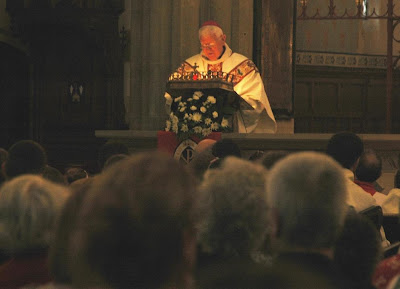 Bishop Patrick was the principal celebrant of the Mass, and Bishop Michael preached. He told the servers that their role was to help people see the importance of the Mass and he encouraged them to develop a deeper love for the Mass. He finished with a note of encouragement to all: "Keep it up, and may God bless you".
Posted by Lancaster Cathedral at 15:39