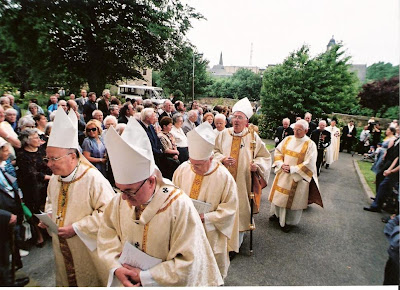 As of yesterday Cardinal Cormac Murphy-O'Connor is no longer the Archbishop of Westminster, though he retains pastoral oversight of the Diocese (as Apostolic Administrator) until his successor is installed on May 21st. It seems appropriate to mark his retirement with a brief look back at the three visits he has made to Lancaster Cathedral during his time at Westminster. He was installed as Archbishop of Westminster in March 2000; just three months later he was here in Lancaster to preside over the funeral of Bishop John Brewer. 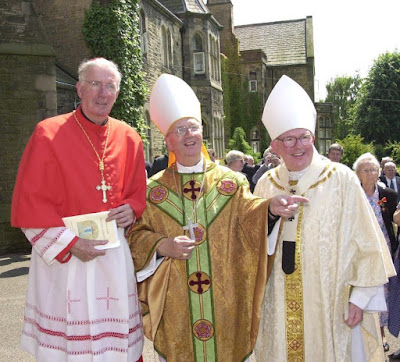 He became a cardinal in February 2001 and returned to Lancaster later that year when Bishop O'Donoghue was installed here. As our new Bishop had been an auxiliary in Westminster, the two had worked together for a few months. 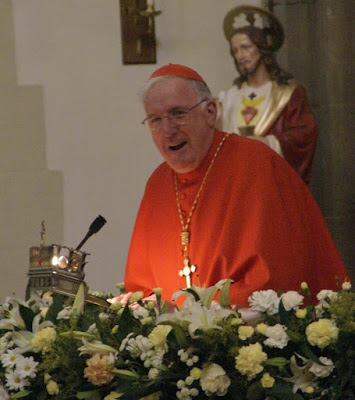 Cardinal Murphy-O'Connor's recent visit to Lancaster was last March, when he preached at the ordination of Bishop Campbell. Hopefully in retirement he will continue to visit from time to time. He is due to return on 1st May when Bishop O'Donoghue retires and Bishop Campbell takes over. There will be a fuller look back at some of the above events on Billington's Blog as the year goes on.

Posted by Lancaster Cathedral at 07:23