The end of the white Christmas 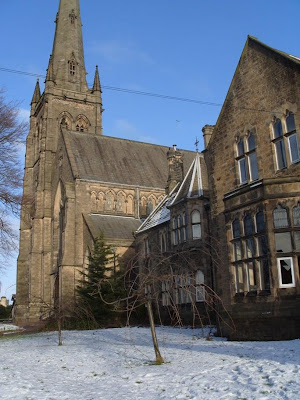 Today, the feast of the Baptism of the Lord, marks the end of the Christmas season. Tomorrow the crib and Christmas trees will be taken down, and 'ordinary time' returns. It seems that the end of the season may also be bringing a change in the weather, with the first signs that the temperature is beginning to rise here in Lancaster. 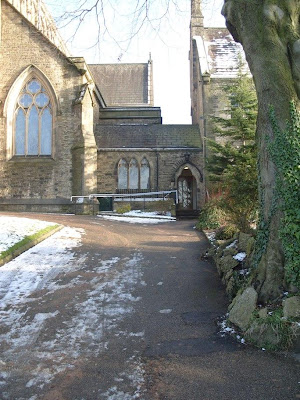 So here's your travel update from the Cathedral: earlier in the week we managed to acquire some grit and salt, with the result that the immediate access to the Cathedral (via both the steps and the ramp) is now fairly clear. The path through the garden, however, remains fairly slippery, so caution is advised! 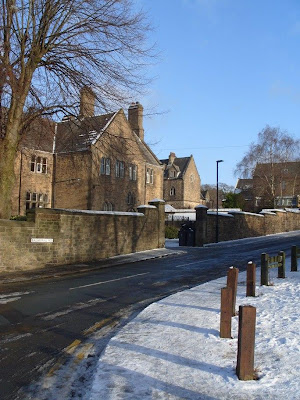 It's certainly been warmer overnight and so far today, and the ice that had been covering Balmoral Road has been slowly clearing. The Cathedral Primary School, a little further up the hill, closed on Thursday and Friday as the road was too dangerous. It may reopen tomorrow; an anouncement will be made on local radio stations in the morning. The forecast for later in the week predicts some slightly warmer weather, and it will undoubtedly be weclomed by most people. 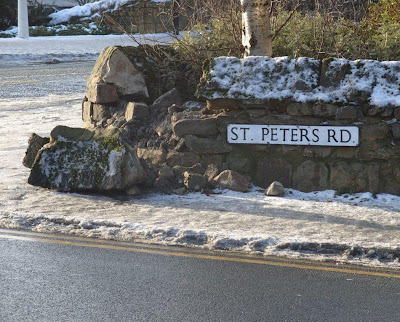 No doubt plenty of people will be counting the cost of the last few weeks. The wall at the corner of St Peter's road, just opposite the Social Centre, has been hit by cars at least twice as a result of ice on the roads. 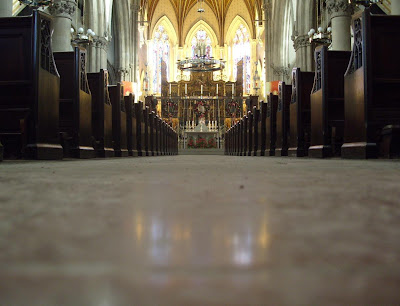 There's a strange side-effect to the weather inside the Cathedral, also. Regular visitors will know that the floor is frequently polished to keep it looking at its best, however at present it's covered with a layer of white. It's not snow, of course, but salt being brought in on our shoes! As unsightly as it is, it's a small price to pay for ensuring better safety on the Cathedral site.
Posted by Lancaster Cathedral at 14:06