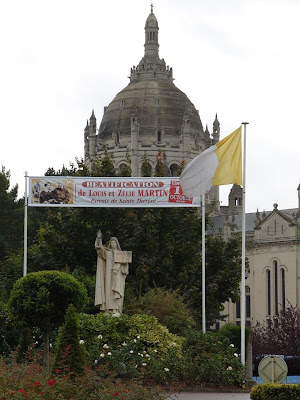 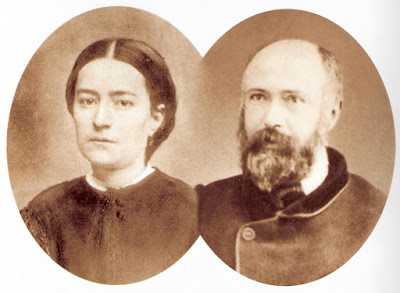 It would be all too easy to think that the couple are to be beatified simply because of the celebrated holiness of their daughter. The truth is, however, that both Louis and Zélie were models of holiness. Both considered the religious life, but God's plan for them was somewhat different. He was a clockmaker, she made lace. They were married in 1858 and went on to have nine children, though only five survived infancy. Their youngest daughter, Thérèse, was canonised in 1925; by this time there was much interest in her profound spiritual writings. As these writings contained many memories of family life, they prompted greater interest in all the Martins. Thérèse's words, combined with the witnesses of her sisters and others, led to the consideration of Louis and Zélie Martin for sainthood. 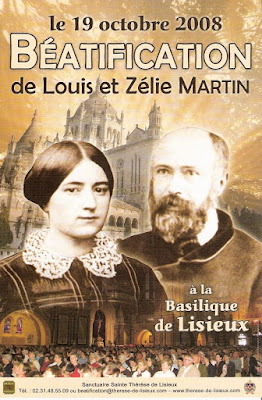 In Lisieux itself there is much interest in the beatification. Flyers, such as the one above, are widely available... 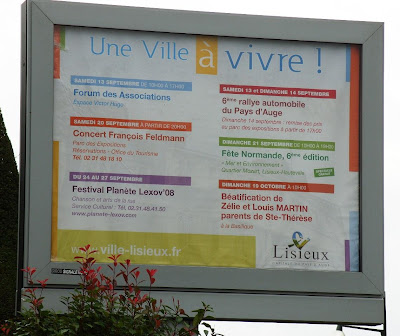 ...while even the town notice boards advertise the event alongside concerts, festivals and even car rallies. 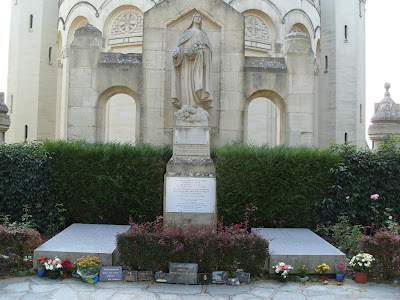 For the last fifty years the bodies of Louis and Zélie Martin have rested in a garden behind the Basilica in Lisieux. Recently they were removed and will now be placed in the crypt of the Basilica for veneration by those who visit the shrine. 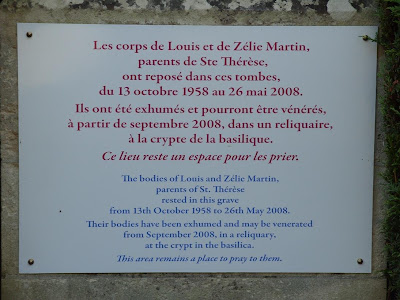 A small plaque marks the spot. Thérèse herself said of her parents, "God has given me a mother and father more worthy of heaven than of earth". Although only 24 when she died, Thérèse had already lost both her parents: Zélie died of breast cancer when Thérèse was just four, and Louis died in 1894. 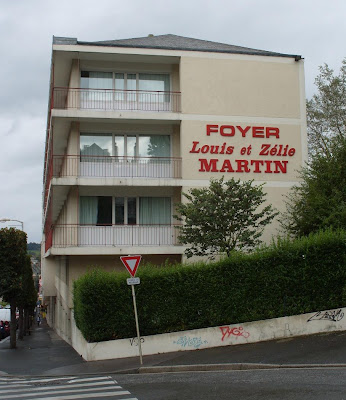 The names of Louis and Zélie are still to be found around the town of Lisieux, for example in this pilgrim hostel near the Basilica. 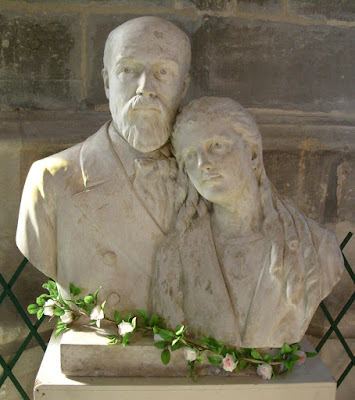 This image of them is taken from an exhibition about their family which was recently staged in the town. Their beatification today is a strong reminder of the importance of family life, and this will be recognised when the relics of St Thérèse come to the Cathedral next September. More details of that visit can be found here, and more on the beatification of her parents can be found here.
Posted by Lancaster Cathedral at 08:24