The Town of Lisieux 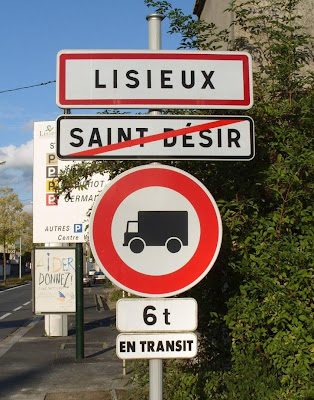 Today is the feast of St Thérèse of Lisieux, one of the greatest saints of modern times. As is now widely publicised, her relics will be visiting England and Wales in 2009, including a visit to the Cathedral over the period 28th-30th September. To mark the feast, the Cathedral blog makes a 'virtual pilgrimage' to her shrine over the next three days. 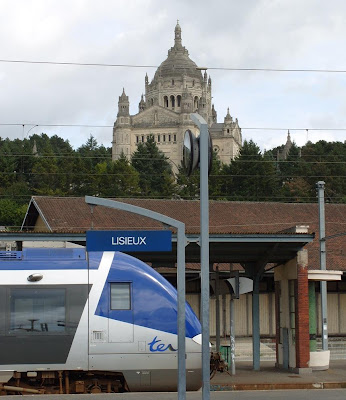 Anyone arriving in Lisieux by train cannot doubt that they have come to the right place. The signs are helpful (of course!), but even more obvious is the vast basilica dedicated to St Thérèse which stands high above the station. The basilica will feature in the last of these 'pilgrimage' postings (on Friday); today we take a look around the town. 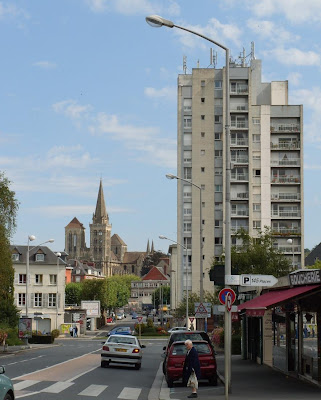 Like many towns in Normandy, Lisieux suffered a great deal towards the end of the Second World War. About three-quarters of the town was destroyed, with a number of fine buildings destroyed. Nowadays the town is pleasant enough, though with a number of less than attractive post-war buildings. The Cathedral Church of St Pierre, which can be seen above, was lucky to survive intact. 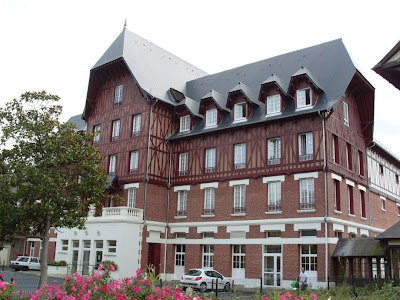 Lisieux receives vast numbers of pilgrims each year, as people flock to visit places associated with Thérèse's life and pray before her relics. This is one of several special hostels which have been constructed for pilgrims. 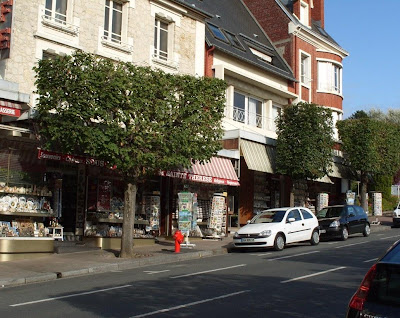 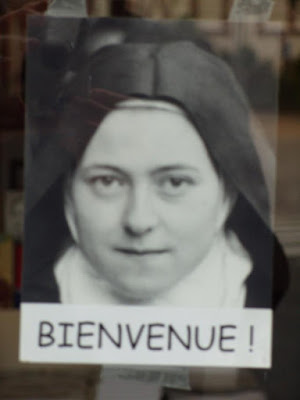 Thérèse is seen everywhere in this town; not only on Church information, but the town's own tourism office and information features much about her life and message. Images of the saint are everywhere - this one welcomes people to the Carmel bookshop. Tomorrow's post looks at some of the places that Thérèse herself would have known.
Posted by Lancaster Cathedral at 08:54