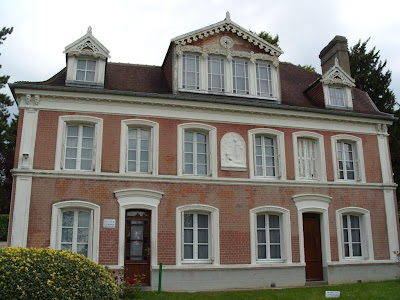 Thérèse Martin was born in the town of Alençon, some distance south of Lisieux. After her mother's death when she was four, the family moved to Lisieux and came to live at Les Buisonnets; this rather grand house served as the family home from that time. Although well-loved and cared for by her father and elder sisters, she was very unhappy much of the time and struggled to control her emotions. 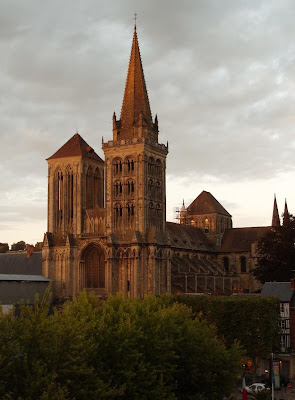 The family attended the Cathedral of St Pierre in the centre of Lisieux. Here Thérèse made her first confession, assisted as a sacristan and realised that her vocation would lead her to the Carmel. 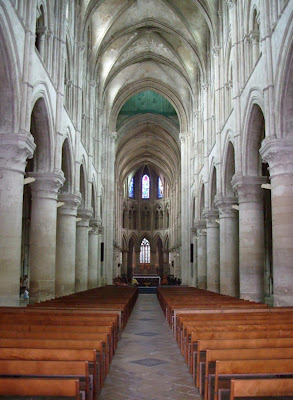 The Cathedral is still the main parish church of Lisieux, continuing the work it did in Thérèse's day. Here visitors can see the confessional used by Thérèse and the high altar donated by her father. 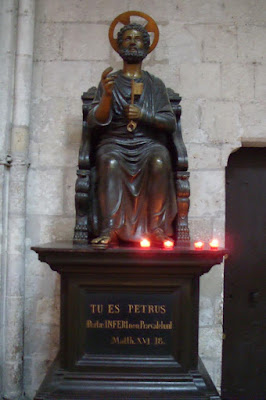 Being dedicated to St Pierre (Peter), the Cathedral has its own statue of this great Apostle - a link with our own Cathedral church in Lancaster. 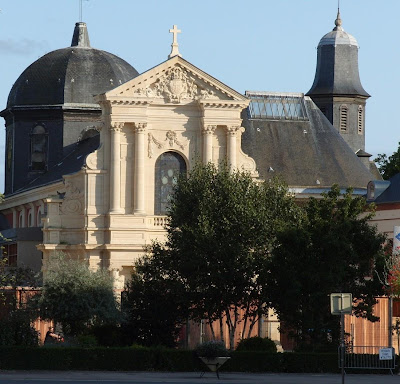 Thérèse entered the Carmel at the age of fifteen - earlier than would usually be allowed. It was with great determination that she made did so; she had to seek permission from her father and the local bishop as well as the Carmel superior. She even asked the Pope to intervene while on a visit to Rome in 1887. She spent the rest of her life there: thinking, working and praying. From 1886 she began to write the memoirs for which she would become known throughout the world. 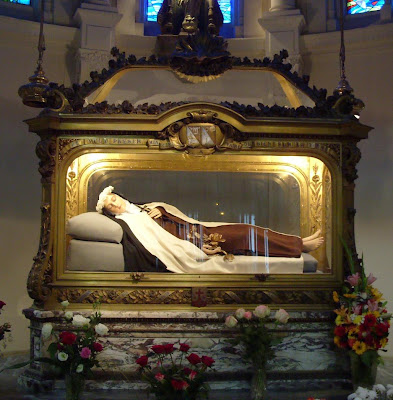 On Good Friday of 1896 Thérèse showed the first symptons of the disease which would lead to her death. She suffered greatly over an 18 month period before leaving this world on 30th September 1897, at the age of 24. So it is that Thérèse has become a great source of grace for those who are sick, the youth and all who desire to know God. Her relics, which are usually kept under this wax image, have been to nearly 40 countries. In death Thérèse has become what she could not be in life: a great missionary. She was canonised in 1925 and declared a Doctor of the Church in 1997; tomorrow's post will look at the great basilica, her shrine in Lisieux.
Posted by Lancaster Cathedral at 09:15