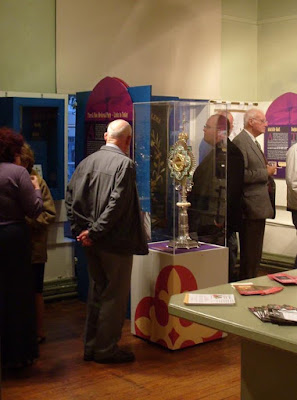 Last night a number of people came to Lancaster City Museum for a private viewing of the Cathedral's 150th anniversary exhibition. Guests included local clergy, Friends of the Cathedral and many people invited by the Museum. 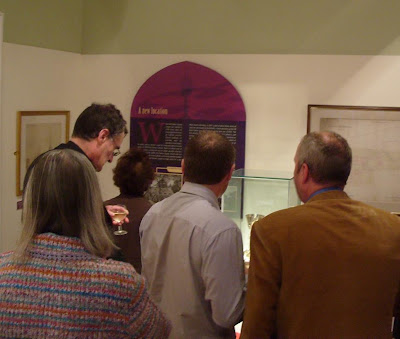 There was an excellent response to the exhibition, which presents Lancaster's Catholic history in a way that aims to be accessible for Catholics and non-Catholics alike. Aside from the historical displays, there is also an opportunity to learn more about some aspects of Catholic life today. The exhibition opens this morning and - until 21st November - is open Monday-Saturday, 10am-5pm. There is no charge for admission. 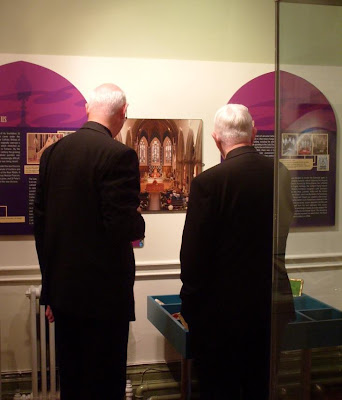 Among those present last night were two former Cathedral Administrators: Monsignor Frank Slattery (1975-1987) and Canon Alf Hayes (1999-2003). Here Mgr Slattery shows the Bishop an image of the Cathedral as it appeared during his time here.

Posted by Lancaster Cathedral at 07:52