Music for the 150th anniversary 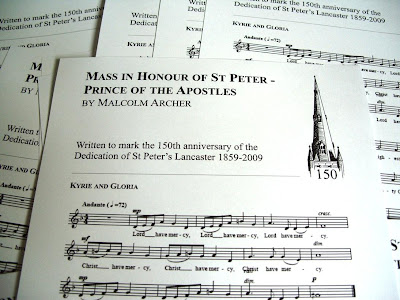 Today a new Mass setting, specially written for the Cathedral's 150th anniversary, will be used at Mass for the first time. The setting is written by the celebrated composer and church musician Malcolm Archer, who is currently Director of Chapel Music at Winchester College. He grew up in the Diocese (near Lytham) and has gone on to work at a number of Anglican cathedrals, including St Paul's in London, where he was Director of Music. 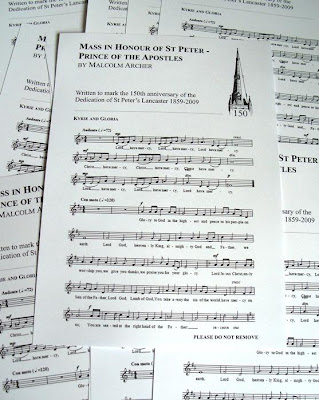 The setting he has written for the Cathedral is intentionally fairly simple, so as to allow the whole congregation (not just a choir) to sing the parts of the Mass. Over the coming months it will be used (at least in part) fairly frequently, so that - hopefully - by the time we reach the feast of the Dedication of the Cathedral (October 4th) everyone will be able to sing with gusto.

Posted by Lancaster Cathedral at 08:36