The Installation of Archbishop Longley 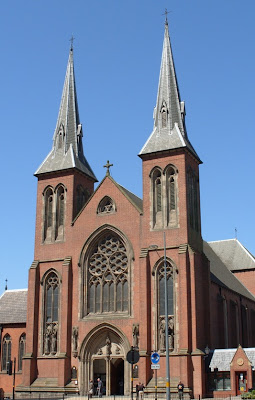 This is the Metropolitan Cathedral and Basilica of St Chad, Birmingham, which today will host the installation of its ninth Archbishop, Most Reverend Bernard Longley. Our own Bishop is among the many members of the hierarchy who will be present at the installation today. 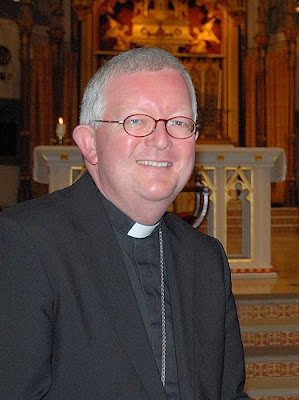 Born in Manchester in 1955, Bernard Longley was ordained priest for the Diocese of Arundel and Brighton in 1981. As well as parish and chaplaincy work he taught theology at the seminary at Wonersh and worked as ecumenical officer for the Bishops' Conference; later he was made auxiliary bishop in the Westminster Diocese in 2003. Here he is seen in Birmingham Cathedral shortly after the announcement was made (photo credit J Lopuszynski). Among his considerable talents, the Archbishop has a fine singing voice and studied at the Royal Northern College of Music. 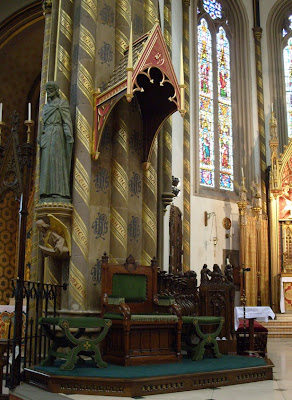 This is the cathedra of the Archbishop, the sign of his authority. The See has been vacant since May when Archbishop Nichols was installed at Westminster. The Diocese of covers a fairly large area, stretching as far as Oxford and covering the entire Birmingham/Wolverhampton conurbation. It is also likely to be particularly prominent in the next twelve months, as it will probably host the beatification ceremony for Cardinal Newman sometime in 2010; it also seems that the Pope will visit the Diocese when he comes to Britain next autumn. Elswhere on the national scene, as one seat is filled another one becomes vacant: on Friday it was announced that Pope Benedict has accepted the resignation of Most Reverend Kevin McDonald, Archbishop of Southwark, who retires early on health grounds. 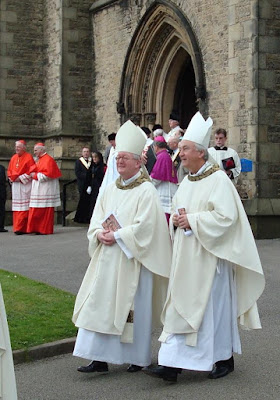 Finally for this post, an image of Archbishop Longley last time he visited Lancaster, for Bishop Campbell's episcopal ordination. Here he is seen leaving the Cathedral after the Mass, strolling alongside his predecessor in Birmingham, Archbishop Vincent Nichols.
Posted by Lancaster Cathedral at 07:05