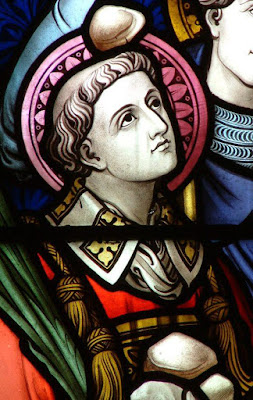 Today is the feast of St Stephen, the first Christian martyr, whose story is told in the Acts of the Apostles chapters six and seven. This is the image of him in the Cathedral's 'Te Deum' window. It shows stones, by which he was executed, and the palm, a symbol of his victory over death. He is depicted wearing a dalmatic, the vestment of the deacon, as he was among those first chosen to serve the Church in diaconal ministry. 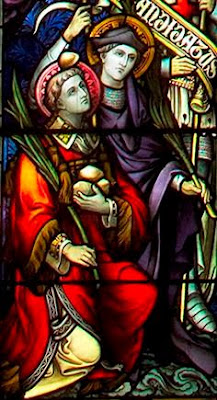 Posted by Lancaster Cathedral at 07:46