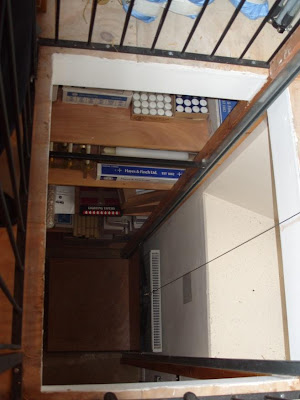 You probably won't recognise this view. It's looking down from the upper floor of a storage room at the side of the Cathedral. On this level are stored the crib figures, safely hidden away for over eleven months of the year. Down below is a small lift, which is raised and lowered by a single cable, which you can see to the right of the picture. 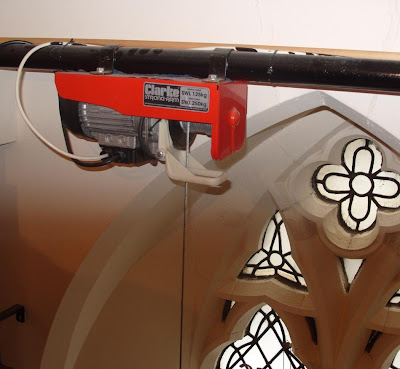 And here's the motor which raises and lowers the lift. All this may seem like irrelevant detail, and not particularly seasonal, but it nearly had quite an impact on the Cathedral's Christmas plans. Yesterday the motor ceased working as it was being used to bring down the crib figures ready for the coming feast. With no immediate repair in sight, it presented us with something of a headache! 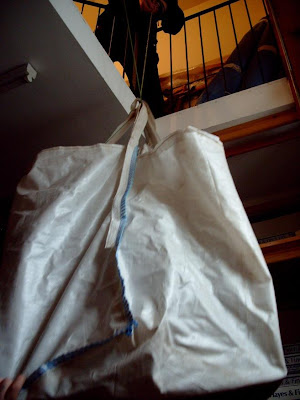 Here's the solution: the crib figures had to be lowered down in a large sack by two men, and caught by two others at ground level. It was not the least nerve-racking of techniques, but the job was done this afternoon and the crib figures can all put in an appearance this year! 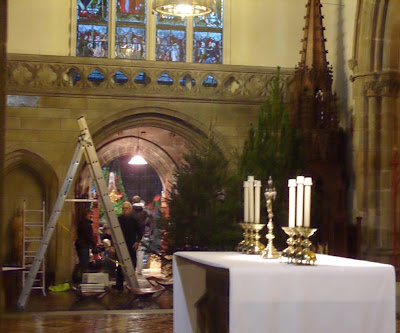 Inside the Cathedral lots of preparations are taking place ready for the start of the Christmas season, which will begin with first Vespers of the feast, the Blessing of the Crib and the Office of Readings, sung in the Cathedral on Thursday at 4pm. 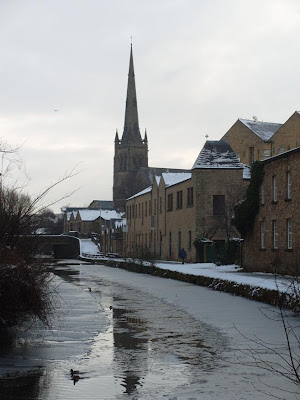 Meanwhile, outside it remains bitterly cold, though quite picturesque. The canal has frozen over, and a good covering of snow remains on the ground.
Posted by Lancaster Cathedral at 20:38