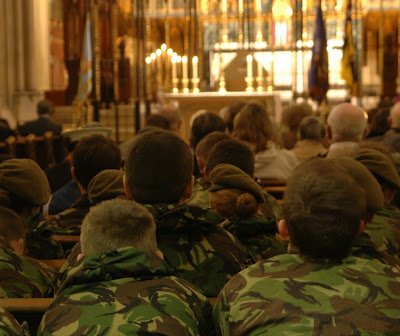 Last night the Cathedral hosted the annual carol service of the Lancaster Military Heritage Group. The service is held one of Lancaster's major churches each year; this year the group asked the Cathedral to host and plan the event. In accordance with the liturgical year, the service largely retained the character of Advent, rather than pre-empting Christmas. 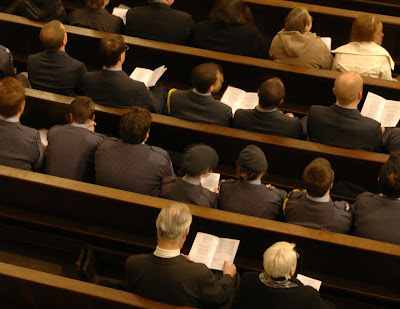 The congregation was made up of members of the Group, with a large number of cadets and members of the public also present. Leading the invited guests was Mayor of Lancaster, Councillor Keith Budden. 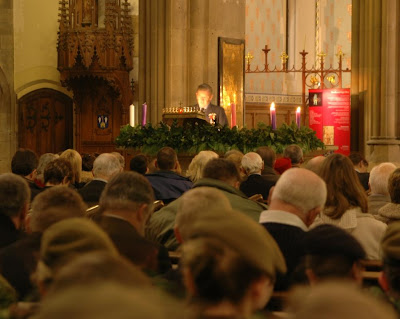 The service consisted of music interspresed with Scripture readings and poems, read by members of the Military Heritage Group. 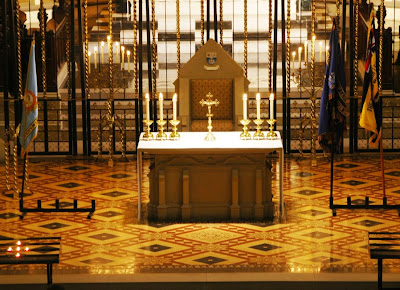 The military standards were brought to the sanctuary and placed either side of the altar, where they remained until the end of the service. Last night's event was a reminder of the Cathedral's important role within the city of Lancaster, which it serves alongside the people of the Diocese and the people of this parish. 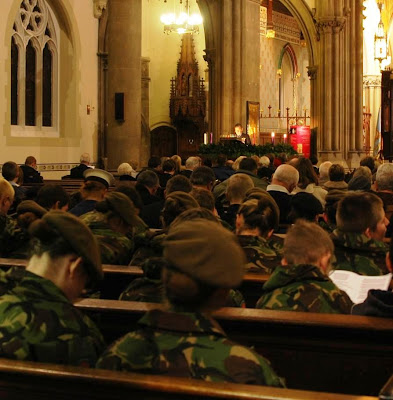 Posted by Lancaster Cathedral at 08:12