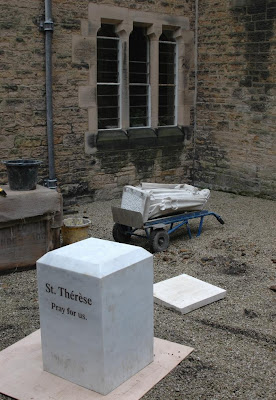 Yesterday workmen were in moving the Cathedral's statue of St Thérèse of Lisieux, in preparation for the visit of her relics in September. 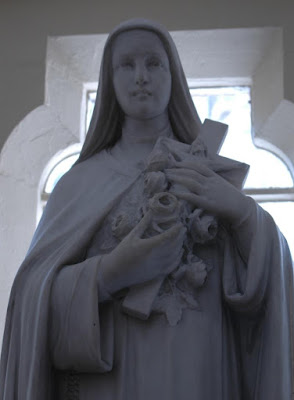 Here's the statue in its old position inside the cloister. Although the statue was designed to be outside, for many years it has stood here just in front of one of the windows. 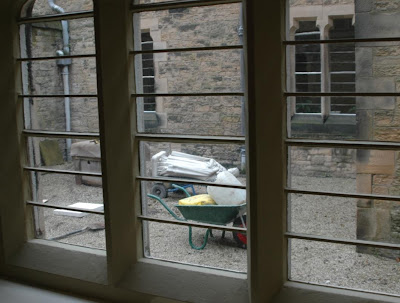 Yesterday afternoon this was the view from the same window - the statue now moved and lying in the courtyard outside. 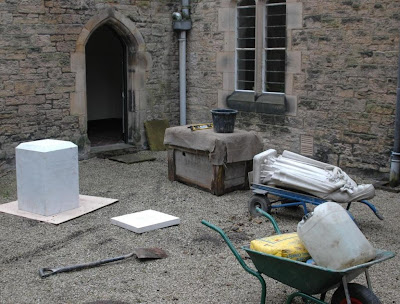 A plinth had been prepared at the workshop and was brought to the Cathedral to be fixed in place. Once in position the statue was put in place.

Now St Thérèse stands proudly in her new position. This is the first phase of work in this area. The next step is to begin to develop the area around the statue as a small garden. Until yesterday it was an unattractive, featureless area; now there is opportunity to improve this part of the site. Moving the statue out of the corridor into an open space will also allow for groups to gather around it for prayers and devotions. 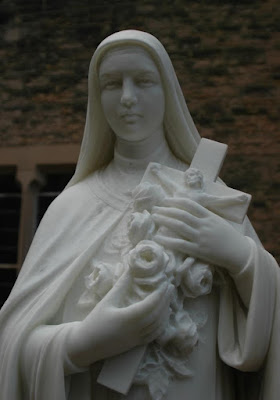 The statue itself was also cleaned up yesterday - a much needed improvement. Now standing in the open air and facing the Cathedral, it is hoped that it will become a greater focus for prayer in the run-up to the visit of St Thérèse's relics later in the year. 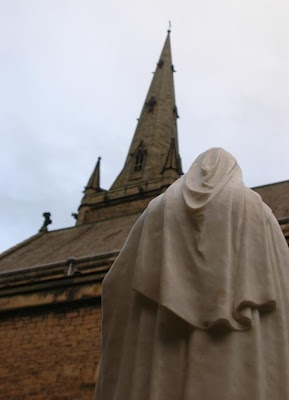 Posted by Lancaster Cathedral at 09:10