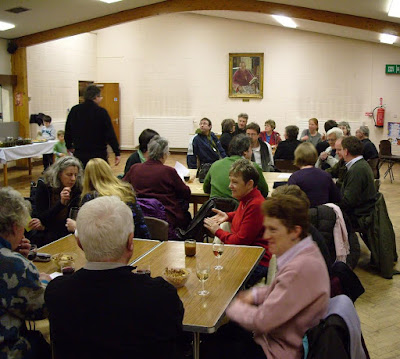 Last night we held a parish social evening to launch the celebrations for the Cathedral's 150th anniversary. There was a good turnout - particularly for an evening of such awful weather - and people seemed to enjoy themselves. There was a chance to find out about the many events planned for the year. Fr Stephen went through the list of what is planned, and we were also joined by Emma Rucastle, who is organising some drama based on the life of St Peter. There will be a performance in February, a number of small performances in June and an evening at the Grand Theatre in October. Parishioners are welcome to get involved! 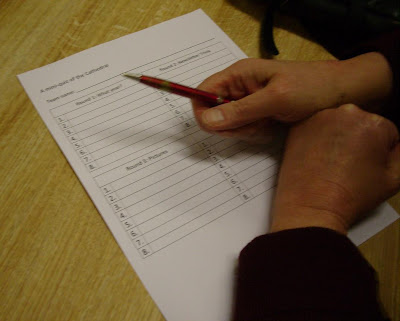 The evening began with a mini-quiz of the Cathedral. Four rounds of eight questions, with rounds including 'guess the year'. 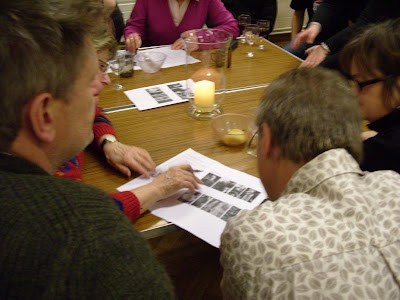 Here some of the parishioners get to grips with the picture round. Among the faces to be recognised was Canon Billington. The new blog named after him can be found here. Keep an eye on this blog too - as the year goes on we will have a lot to report on! 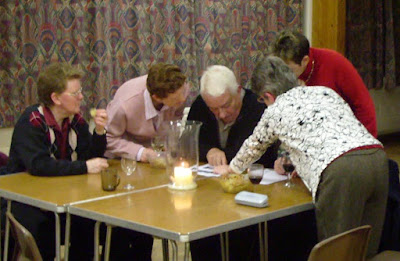 Posted by Lancaster Cathedral at 10:08