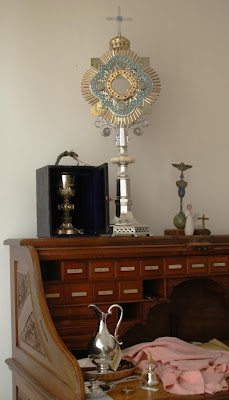 Here are just a few of the items which will be taken to Lancaster City Museum for the Cathedral's 150th anniversary exhibition, which will open to the public on Saturday. From today items will be transported to the museum, as the work of physically assembling the exhibits begins. Alongside the many objects on display there will be a fascinating series of panels telling the story of Lancaster's Catholic history. 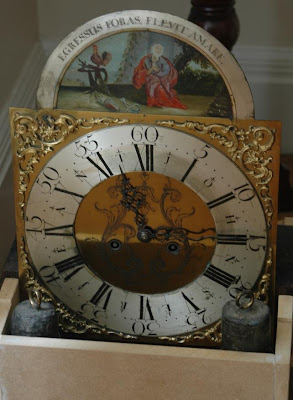 Among the objects to be displayed is a long-case clock. If you are asking yourself 'why?' then keep an eye on the blog once our coverage of the exhibition begins. Better still, call in and see the exhibition for yourself; it runs until 21st November. Later in the week we hope to bring you some images of the exhibition being assembled in the museum.

Posted by Lancaster Cathedral at 09:02