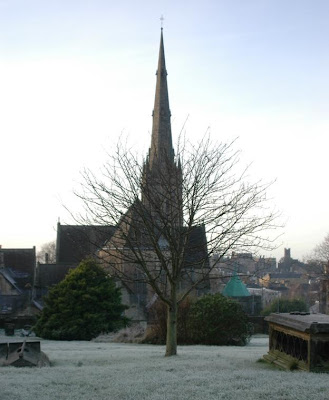 The Cathedral will today host the requiem Mass for Father John T. Turner, a priest of the Diocese of Lancaster who died on 20th December. Among his appointments, Fr Turner was chaplain of Lancaster University in the late 1960s/early 1970s and most recently was parish priest at Kirkby Lonsdale. After his retirement he lived briefly at Nazareth House in Lancaster. Fr Turner's requiem will take place this morning at 11:30am in the Cathedral. Those attending the funeral are advised to take care both on the roads and on foot, on account of the weather. Monsignor Aidan Turner, Vicar General, will preside at today's Mass as the Bishop is away. May Fr Turner rest in peace.

Posted by Lancaster Cathedral at 06:56