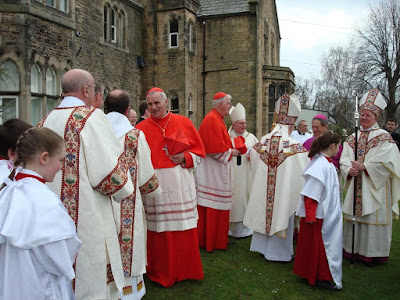 After the ordination, a relieved and happy crowd of bishops, deacons and servers gathered on the lawn, ready for a few official photos to be taken. Some of the press had asked for photographs by 5pm - a deadline that was looming large, as the photoshoot didn't begin until nearly 2:45pm. 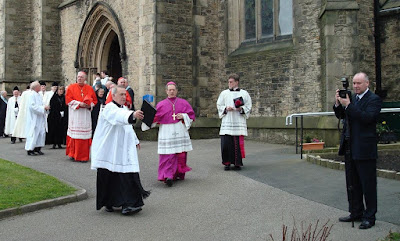 As they left the Cathedral, the key players were ushered onto the grass outside Cathedral House. The weather had been very poor in the days leading up to the ordination (and on the days after!) so we were fortunate to be able to take some pictures outside. 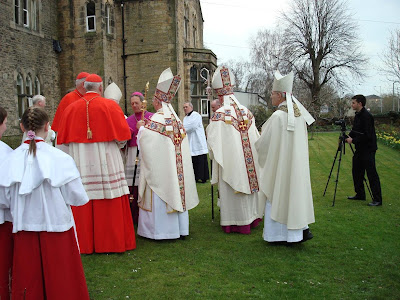 There was chance for a quick chat while the cameras were warmed up... 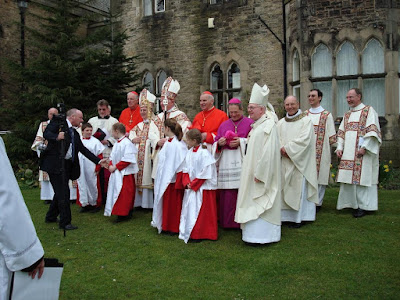 ...then one of the photographers began to get everyone into position. 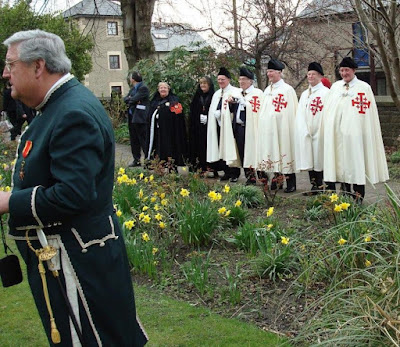 It wasn't just the official photographers who had their cameras out. A fair few people gathered on the path with cameras at the ready; these are all set for the 'best dressed photographer' competition! Many thanks to Mr B. Winstanley who has sent in many of the pictures used on today's blog entry.

Finally, the whole group assembled for the first picture: smiles all round!
Posted by Lancaster Cathedral at 09:55