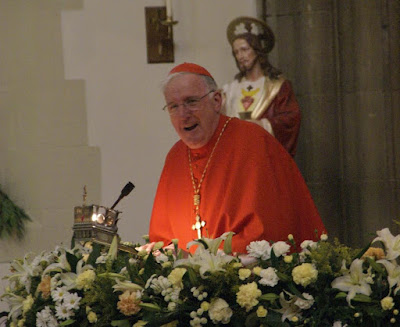 For today's photo offering, a selection of some of the people who were present at the ordination, many of whom will need little or no introduction. Above, Cardinal Cormac Murphy-O'Connor, Archbishop of Westminster, who preached at the Mass. He spoke of his sorrow that Bishop Campbell was leaving Westminster, but added, "But if you do have to leave us, where better than Lancaster?" 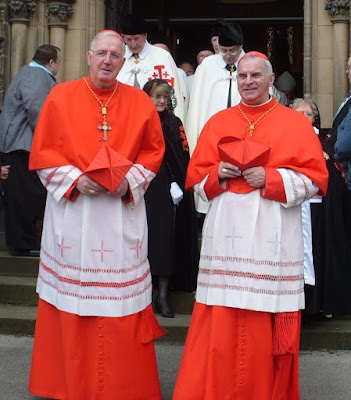 We were also delighted that Cardinal Keith Patrick O'Brien, Archbishop of St Andrews and Edinburgh, was present. It is believed to be the first time that two cardinals have attended an event at the Cathedral. 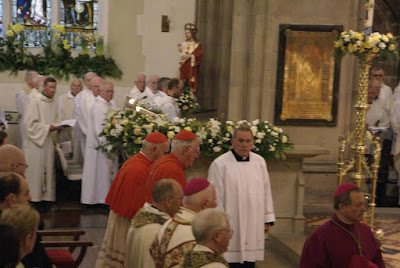 Above, the two cardinals approach the sanctuary at the start of Mass, under the diligent watch of the Master of Ceremonies, Fr Peter Groody. Fr Groody is a local parish priest who previously served at the Cathedral; he is also well known to those who attend Vespers each Sunday. 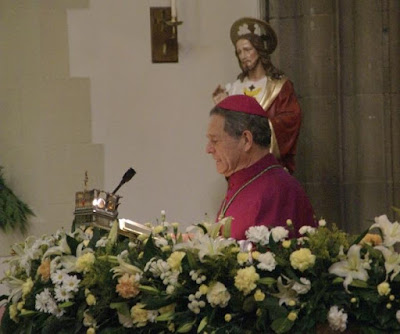 Alongside the two cardinals, the Papal Nuncio, Archbishop Faustino Sainz Munoz, came representing the Holy Father, Pope Benedict. The Nuncio is the Pope's ambassador to the British Government, and represents the Pope in all matters in the UK. He also coordinates the process of selecting bishops. At the end of Mass, Bishop Patrick thanked the Nuncio for the gift of our new Bishop. The Archbishop told the congregation that he was delighted to come to Lancaster - his first visit to the city. 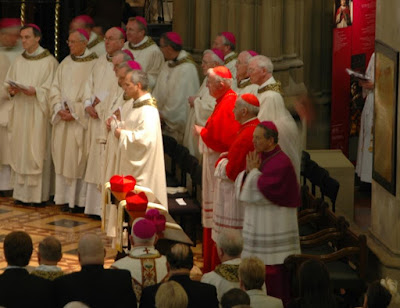 The two cardinals and the Nuncio sat in choir during the Mass... 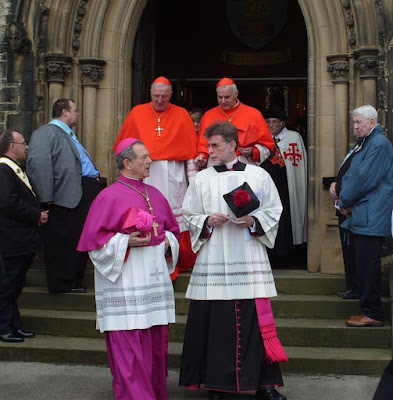 ...and emerged at the end with a small crowd of onlookers. On the steps there are also some Knights of St Columba, who were invaluable in helping to steward people and oversee the car parking. 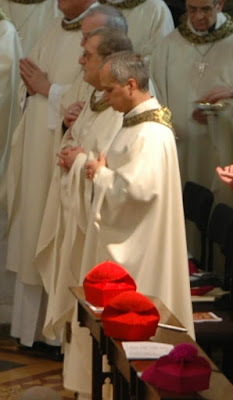 The Cathedral was honoured also to be visited by Fr Robert Prevost OSA (nearest the camera), the Prior General of the Augustinian Order. Based in Rome, he oversees the order throughout the world. Fr David Middleton OSA, the local Provincial, and many of the Augustinian priests of this Province also attended. 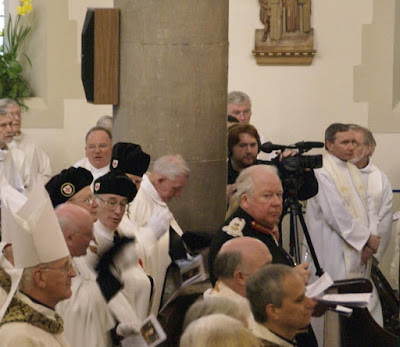 Closest to the camera, in uniform, is Lord Shuttleworth, the Lord Lieutenant of Lancashire, who represented the Queen. The Deputy Lieutenant of Cumbria was also present, as was Geraldine Smith (Member of Parliament for Morecambe and Lunesdale), the Deputy Mayor of Lancaster, local councillors and a representative from the University of Cumbria. The eagle-eyed may also spot Fr John Watson (facing the camera at the back of the photo, just to the left of the pillar), who is Parish Priest of St Mary's, Barrow, where Bishop Campbell will live until he takes over fully next year. 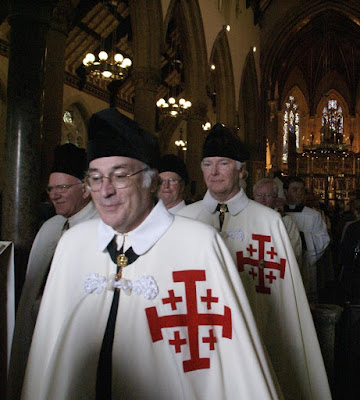 An array of Papal Knights and Dames also joined the procession, adding a little more grandeur! 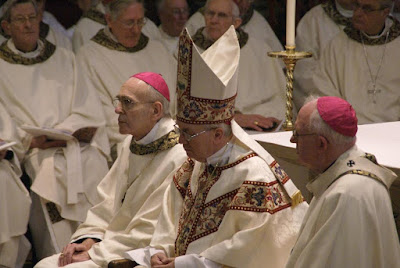 At an episcopal ordination, three bishops are required. Alongside Bishop Patrick are the two co-consecrators, who both started life as priests in the Diocese of Lancaster. On the left of the photo is Bishop Brian Noble (Shrewsbury), who grew up in the Cathedral parish and was educated at our school. To the right is Archbishop Patrick Kelly of Liverpool, who originally comes from Morecambe and for a couple of years served as an assistant priest at the Cathedral. 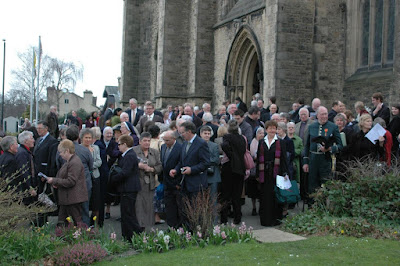 Most importantly, many of Bishop Michael's family and friends attended, along with representatives from each parish and religious house in the Diocese, headteachers, diocesan employees and representatives of various diocesan commissions. There are many more who would have liked to attend, but sadly the restrictions of space did not allow for any more people. We squeezed in as many people as we could!
Posted by Lancaster Cathedral at 12:02