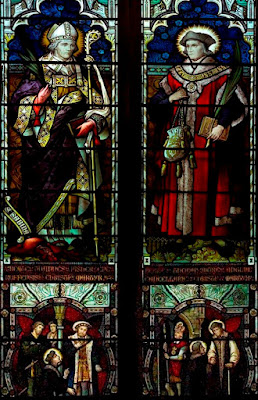 Today the Church keeps the feast of two English martyrs: Saint John Fisher (who was the Cardinal Bishop of Rochester) and Saint Thomas More (Chancellor of England). The two were beheaded on the orders of King Henry VIII in 1535 because they had disputed his claim to authority over the English Church and his marriage to Anne Boleyn. They were canonised in 1935 and are pictured here in the Cathedral's English Martyrs Window. 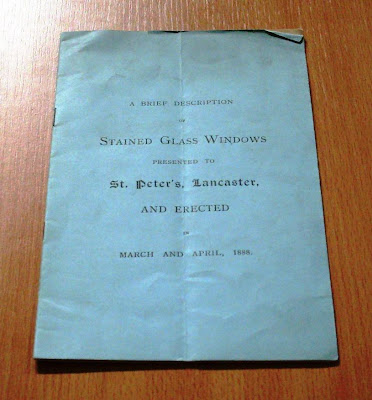 The window is one of three installed in March and April 1888 (the others being the 'Te Deum' West Window and the Rose Window). A pamphlet describing the windows and giving some background was published soon after the installation. A new version containing the original text but with some up-to-date footnotes and colour images has been prepared, and will be available from the start of the Flower Festival on Friday. It's an interesting record of one aspect of the Cathedral's history, and - given that the windows remain unaltered 121 years later - is just as relevant today.

Posted by Lancaster Cathedral at 08:04