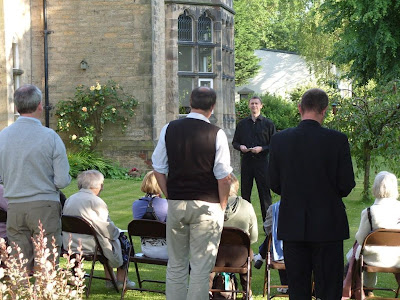 To give you an idea of what it is and how it works, here's an early look at St Peter's Walk, the 'promenade drama' which is taking place all this week. It's been specially designed for smaller groups of people so that we can use some of the smaller (but often very beautiful) spaces on the Cathedral site. Weather permitting - as it did last night - the evening starts in the garden. 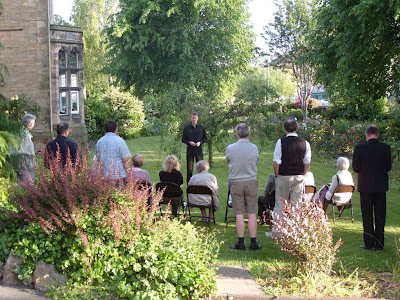 Here a brief introduction is given before people are invited to make their way into the Cathedral. 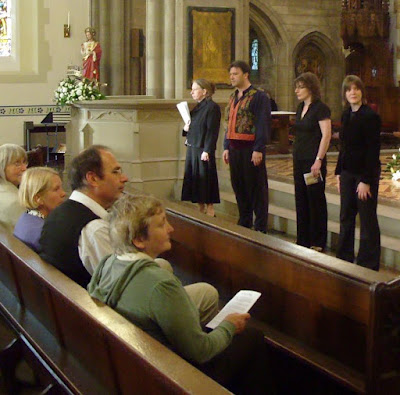 Once inside, a number of different performances take place in different areas at the same time. People take their seats in the benches and then people from each performance step forward. Then the members of the audience are invited to choose which scene to view. 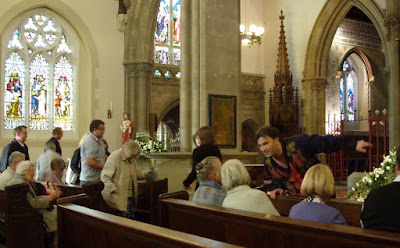 With that, people make their choice and are led to the appropriate place. 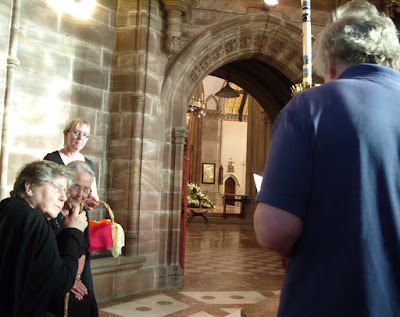 Last night we had a look at what was going on in the Baptistery. Here the Ursuline sisters from St Thomas More's and some parishioners were playing the part of some of the women of the New Testament and spent their time discussing the things that Peter had said and done. 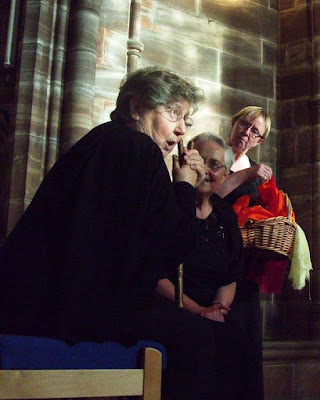 Here Peter's mother-in-law describes how she was healed by Jesus when Peter brought the Lord to her house. It was very imaginatively presented and helped to bring the scriptural accounts to life. 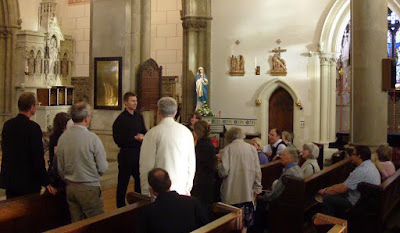 Each performance lasts about 15 minutes, after which a bell rings and people return to the benches. Then the cycle begins again: another choice is made and people can go to other spaces to witness other things. There is a lot on offer - including period refreshments which are included in the ticket price - and it seems that the first audience enjoyed their visit. If you'd like to come along, it takes place every evening from now until Sunday 21st, starting at 8pm. We'll bring you more pictures and reports towards the end of the week.
Posted by Lancaster Cathedral at 10:54