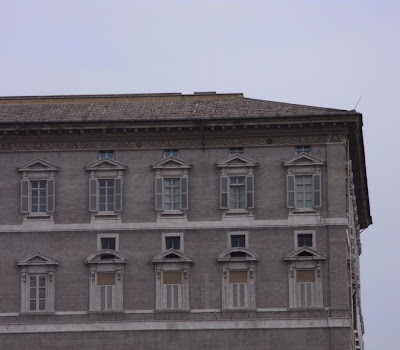 Last Sunday was the fourth anniversary of the election of Pope Benedict. High above St Peter's Square the papal appartments remained unoccupied; the Pope was at Castelgandolfo, the Papal residence just outside of the city. It is at these windows that the Holy Father normally appears for his weekly angelus (in Eastertide, Regina Caeli) blessing. 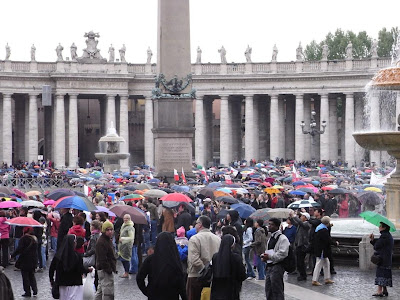 Despite the poor weather and the fact that the Pope was out of town, a large crowd gathered in the square to wish him well as he begins the fifth year of his pontificate. Seemingly the Pope is drawing bigger crowds than his predecessor - quite some achievement given Pope John Paul's popularity. It has been remarked that in days past the people came to see Pope John Paul; now they come to hear Pope Benedict, whose brief reflections always contain plenty of food for thought.

Posted by Lancaster Cathedral at 07:11