The Music of Dr Dixon

As we reported a few days ago, the centenary of Dr Dixon's appointment to Lancaster is being marked by a festival of his music. Today we feature the concert of his work that took place in the Cathedral on Saturday evening. 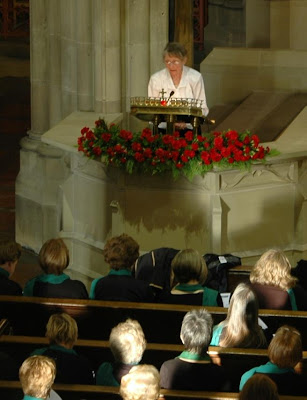 A commentary was provided throughout the evening by Joan Johnson, Dr Dixon's last student, who has written his biography. Joan had given a fascinating talk on his life the previous evening, revealing much about his life and motivation, as well as sharing some fantastic anecdotes. 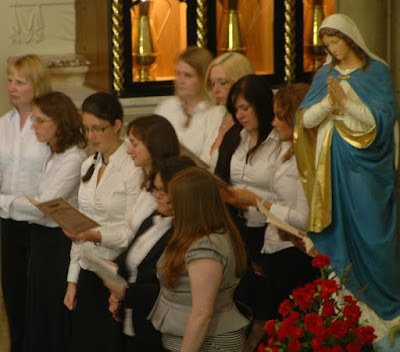 Many of the choral works of the evening were performed by a specially created group, the Dr Dixon Festival Choir, which was made up of local singers including many from Lancaster University. The choir was conducted by Katy Bradley, who is the Principal Conductor of the University of Lancaster Music Society Choir. The choir performed Dixon's Mass in E flat, the anthem I rejoiced, extracts from his Eucharistic oratorio Panis Vitae and the Praise Chorus from Dixon's setting of Cardinal Newman's Dream of Gerontius. 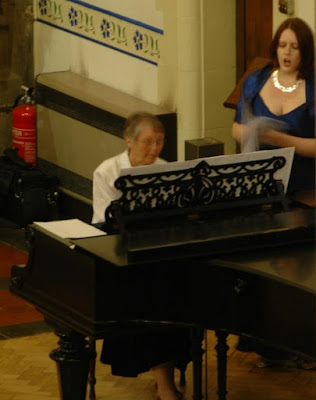 A couple of songs for soloists were performed: Love is ever at the Spring for soprano and Westward Bound for Baritone. Joan Johnson accompanied the songs on the piano. 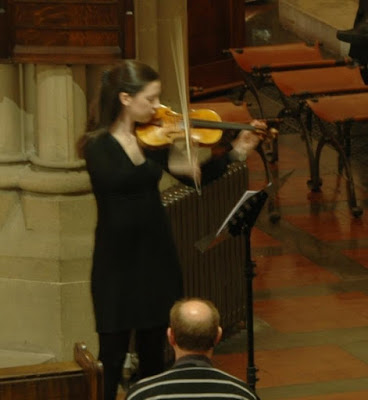 For piano and violin, Meditation - Meadowside and Nocturne - Lunehurst were performed. 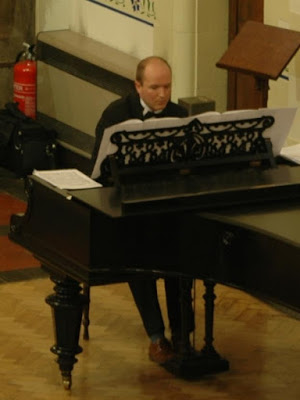 The Cathedral's Director of Music, Damian Howard (a successor of Dr Dixon, of course), performed a work for piano solo with the title Sunset over Morecambe Bay; he also opened the evening's music with an organ piece called Fanfare Dixoniana, a new work written for Lancaster Cathedral by Dr Francis Jackson, Organist Emeritus of York Minster; Dr Jackson's work was the only piece of the evening which had not been composed by Dr Dixon. 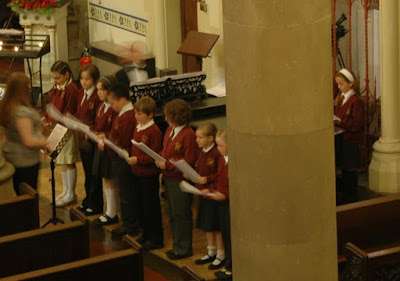 The Cathedral's young choristers performed a song called Achievement before singing the Sanctus and Benedictus from Dixon's Mass of St Beatrice, which Dr Dixon named in gratitude to his sister Beatrice, with whom he lived at the end of his life. 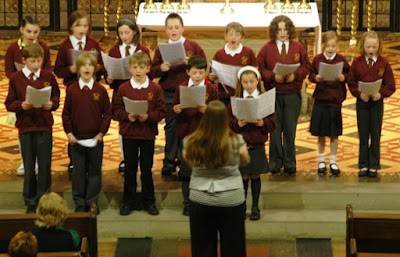 The Mass of St Beatrice has recently been used at Mass in the Cathedral after a long absence. On this occasion, however, the choristers were performing for a non-liturgical event - something of a rarity for them.

The Lancaster and District Choral Society came out in force to sing a work called Transfiguration - surprisingly (given the title) not a religious work - under the direction of John Perrin. The work is fiendishly difficult to sing, but a lot of hard work and practice paid off. There is a further chance to hear some of Dr Dixon's music when Joan Johnson gives an organ recital of his works on Wednesday evening at 7:30pm. Entry is by donation; all welcome. The Dr Dixon festival is one of the Cathedral's 150th anniversary events, which are being supported by a number of local and Church-related businesses; the list of sponsors can be found here.
Posted by Lancaster Cathedral at 07:02