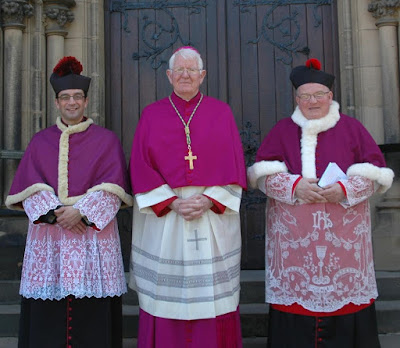 Alongside the Bishop are our two new canons: Canon Luiz Ruscillo (left) and Canon John Watson (right). They were installed today at noon before the first of this year's chapter Masses was celebrated by the Bishop. 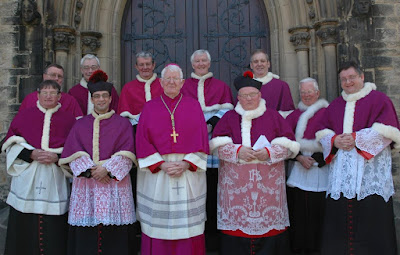 The new canons now join the ranks of the Cathedral Chapter, which has a role in supporting the work of the Cathedral and advising the Bishop. The Chapter is now back up to full strength; the new canons take the place of Bishop Campbell, who had been on the chapter during his time as Coadjutor Bishop, and Monsignor Canon Eddie Gould, who died last July. May he rest in peace. 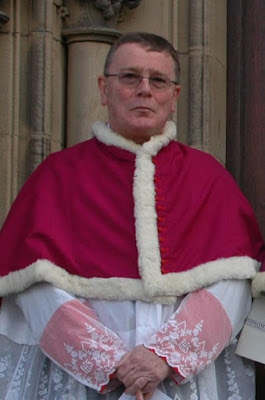 After the Mass the canons voted for a new Provost, whose role it is to chair chapter meetings and oversee their work. Canon Dunstan Cooper (seen here at his own installation as canon last March) was elected to this role, which he will hold until he retires from the Chapter at his 75th birthday. Congratulations to him and to the two new canons.

Posted by Lancaster Cathedral at 14:38