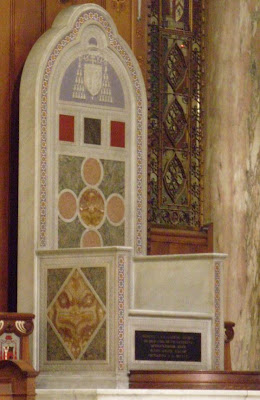 It's now less than a week to go until Archbishop Vincent Nichols occupies this seat for the first time: on Thursday he will be installed as the eleventh Archbishop of Westminster. 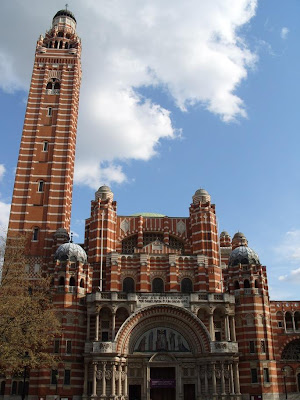 At Westminster Cathedral a massive operation is underway to make sure that everything is ready. Just over 2,000 people have tickets for the installation, which will be attended by four Cardinals and sixty Bishops. Our own Bishop Michael Campbell will be present, along with Lancaster's Bishop Emeritus, Rt Rev. Patrick O'Donoghue, a former Administrator of Westminster Cathedral. Because of preparations most of the public liturgy (Mass, Vespers) in the coming week will be moved from the Cathedral's main altar to other venues (the Cathedral Crypt or another church on nearby Horseferry Road). 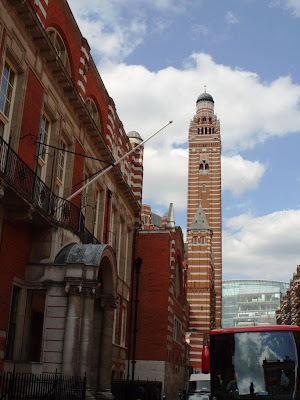 New vestments are being prepared and new music has been commissioned from composers James MacMillan and Colin Mawby. The installation will be broadcast live on BBC Two from 11:45am on Thursday. The Diocese of Westminster website has a special blog which is following preparations for the installation; you can find it here. 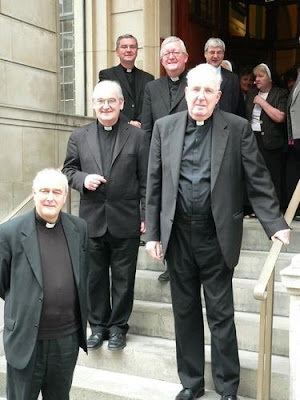 Earlier this week Cardinal Murphy-O'Connor left Archbishop's House, which adjoins the Cathedral, having been resident there for nine years. He celebrated a final Mass in the chapel before being waved off by some of the staff there and some of Westminster's Auxiliary Bishops. He is moving to a house in Chiswick and will no doubt continue to play an important public role in the life of the Church in this country. 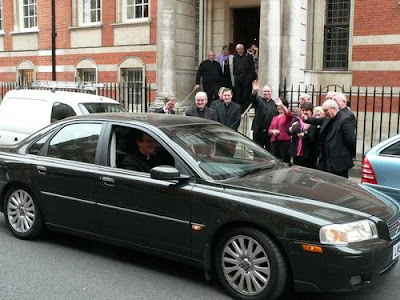 Posted by Lancaster Cathedral at 07:34