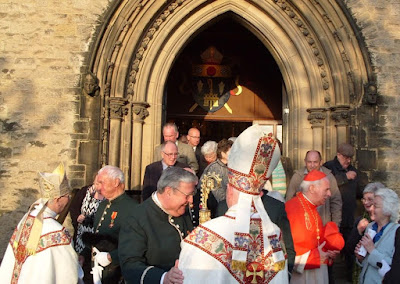 With the Mass ended, the two Bishops and Cardinal O'Brien waited to greet people as they left the Cathedral. The weather - which had been fairly awful all day - had by this time cleared. 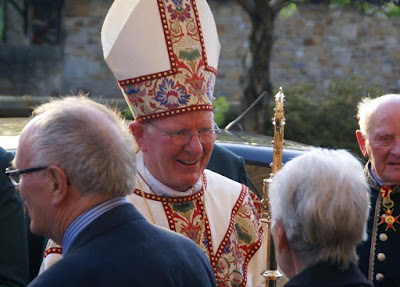 Bishop Campbell held the crozier as he greeted the people. 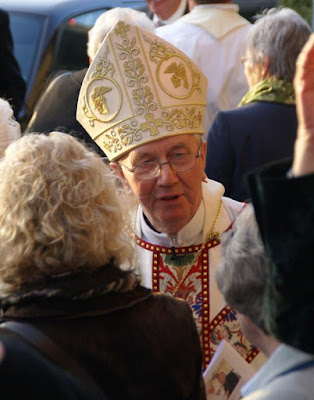 The newly-retired Bishop O'Donoghue also had chance to thank people for coming. 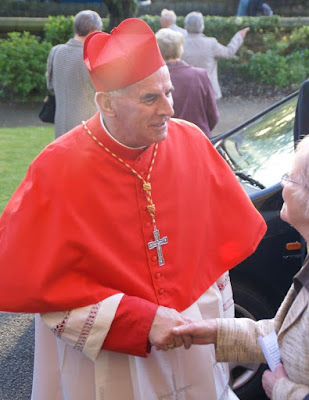 Cardinal O'Brien is seen here meeting one of the Cathedral's flower arrangers. 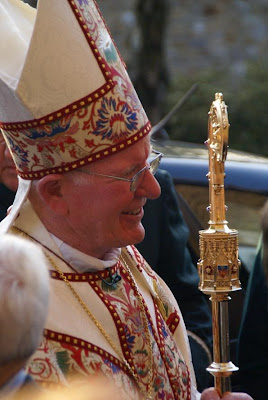 Our coverage of the inauguration will soon draw to a close; a final post tomorrow looks at the reception which was held after the Mass. If you'd like to see the booklet that was produced for the Mass, it can be downloaded in pdf format here. 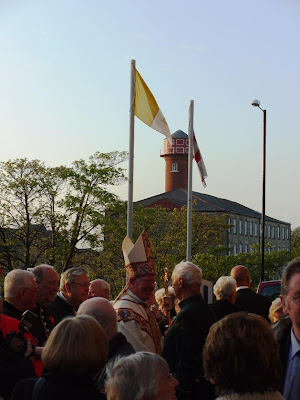 Posted by Lancaster Cathedral at 07:40