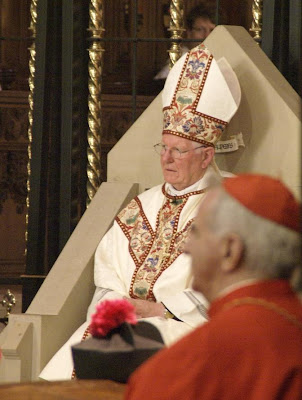 Seated in the cathedra, the sixth Bishop of Lancaster presides over a gathering of the Church. Surprisingly, it was the first occasion on which Bishop Campbell had been principal celebrant at Mass in the Cathedral since his ordination last March. It's about to become a much more frequent event: the Bishop is due to preside at Mass in the Cathedral no fewer than five times this month. Also seen in the picture above is Cardinal Keith O'Brien, Archbishop of St Andrews and Edinburgh, making his second visit to the Cathedral. 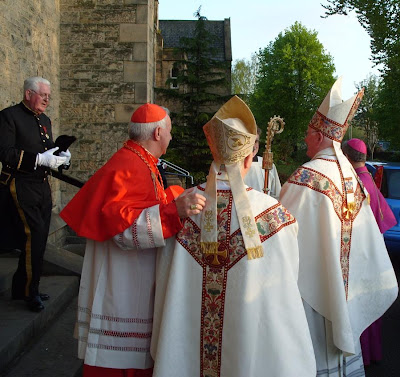 Today's post, as promised, is the first in a series of posts covering yesterday's handover Mass, with many more pictures to come over the days ahead. If you have any images that you are happy for us to publish, please send them to us: contact details are here. 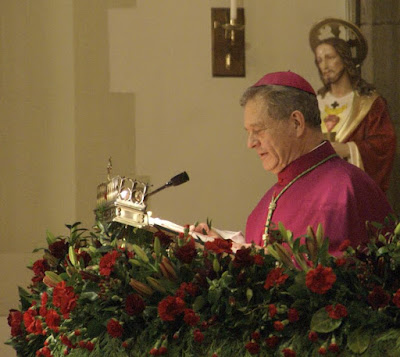 The Apostolic Nuncio - the Pope's Ambassador to Great Britain - was present, representing the Holy Father as he did at Bishop Campbell's ordination. He gave a short message at the end of Mass, thanking Bishop O'Donoghue for his work in Lancaster and offering words of encouragement to Bishop Campbell as his time of leadership begins. 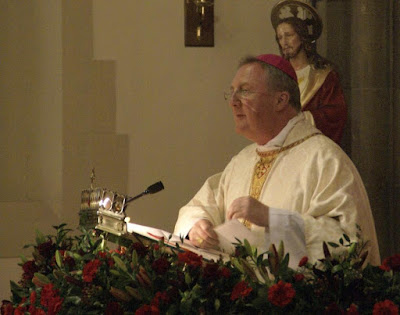 Cardinal Cormac Murphy-O'Connor had been due to attend but was unable to do so due to illness. He did, however, send a message, which was read by Rt Rev. Arthur Roche, Bishop of Leeds. Bishop Roche last week hosted in Leeds a meeting of the Bishops' Conference of England and Wales, which the Cardinal attended. 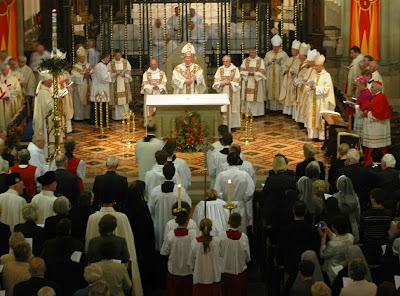 In total there were 18 bishops present (including our own!) - a larger gathering than we had been expecting. Amongst their ranks was Rt Rev. Seamus Cunningham, the recently-ordained Bishop of Hexham and Newcastle, which borders our own Diocese. 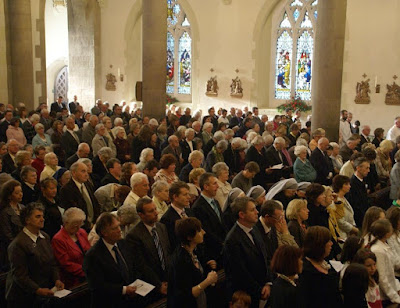 The Cathedral was packed with people from across the Diocese and beyond. Lay faithful and religious filled the benches. Among the congregation were guests of the two Bishops, including over 20 members of Bishop O'Donoghue's family who had made the trip from Ireland. 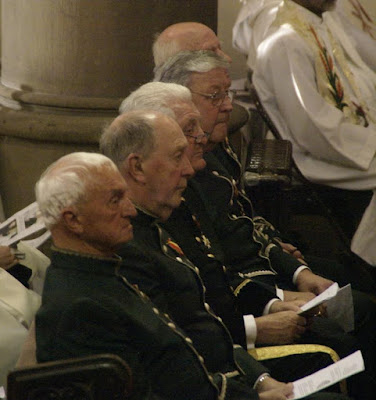 Once again the Papal Knights were out in force, adding a little extra colour to proceedings. Guests from other denominations were led by the Anglican suffrigan bishops from Penrith and Lancaster. 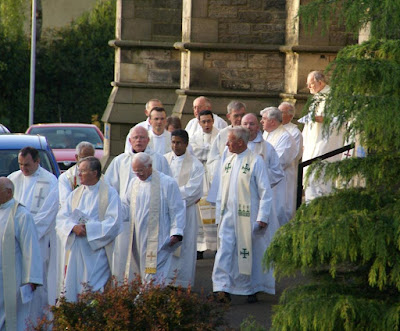 About 40 deacons and 100 priests were present; here they are seen leaving the Cathedral at the end of the Mass. Later in the week there will be more pictures of their parade through the garden, but before that there will be more on the Mass itself.

Posted by Lancaster Cathedral at 15:01