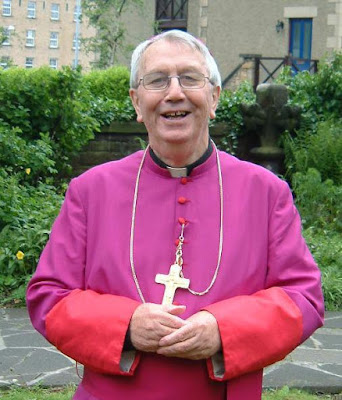 The weight of responsibility is about to be lifted from his shoulders. This evening, after seven years and 300 days in charge of the Diocese of Lancaster, Bishop Patrick O'Donoghue retires just three days short of his 75th birthday. Today the blog pays him tribute. 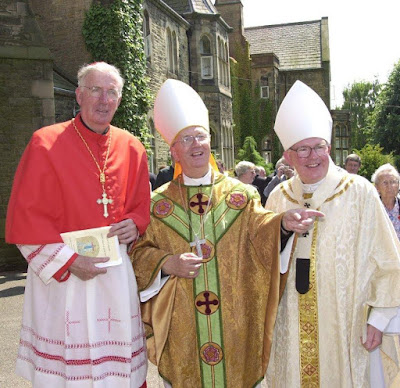 Bishop O'Donoghue came to Lancaster unknown by the Diocese, having served for 34 years as a priest and auxiliary bishop in the Diocese of Westminster. Almost exactly a year after the death of Bishop Brewer (10th June 1999) his appointment was announced, and he was installed as fifth Bishop of Lancaster on 4th July 2001. Here he is seen after the installation, alongside Cardinal Murphy-O'Connor and Archbishop Kelly of Liverpool. 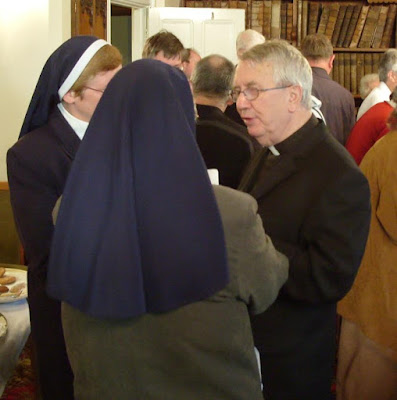 In 2003 the Bishop came to live at the Cathedral in rooms which had been fitted out as a small apartment for his use. For the last five and half years he has been resident here, and he has made the most of being around the Cathedral parish. Regulars at Mass are well used to seeing him appear at the back of the Cathedral at the end of Mass, ready to greet people as they leave. He has often called in to social events in the parish, and has on many occasions worked the tables or stood before people with some entertaining anecdotes. 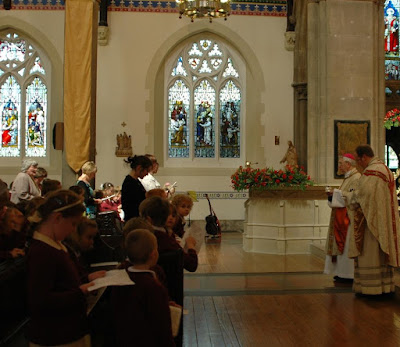 For the Cathedral School, too, Bishop Patrick has been a good friend, making many visits to the school and often coming to school events in the Cathedral. Above he is pictured at the celebration of Mass with the whole school present. The Bishop has become a familiar figure to the children, especially those who serve at Mass or assist in other ways around the parish. 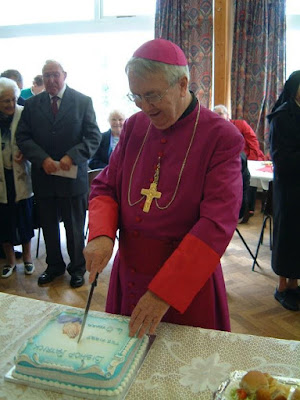 In May 2007 the Bishop celebrated his Ruby Jubilee of priesthood, with a large diocesan Mass at the Cathedral. Most of his years had been spent in Westminster, as hospital chaplain, seminary rector, Administrator of Westminster Cathedral and Auxiliary Bishop; he brought considerable experience when he came up north. In Lancaster he has strongly encouraged vocations to the priesthood, and founded a house of formation at Cleator, West Cumbria. During his time here he has ordained seven priests and over 20 permanent deacons. Perhaps most importantly of all, when he came to the Diocese there were four seminarians; today there are eight. 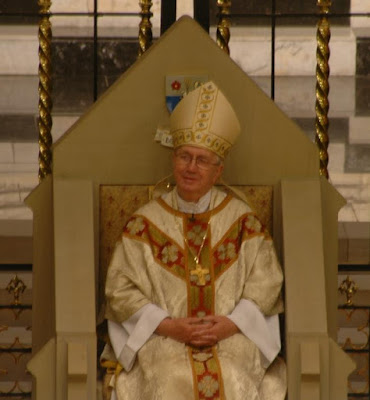 Other significant achievements include the founding of a Cenacolo community at Dodding Green near Kendal; this community provides support for men who suffer from addiction. Throughout his time in Lancaster, the Bishop has been extremely active and often in the headlines. His recent teaching documents, Fit for Mission? Schools and Fit for Mission? Church have been widely acclaimed both by the Vatican and by Catholics throughout the world. One might say they have put Lancaster on the Catholic map! A recent document on preparation for marriage completes the series. 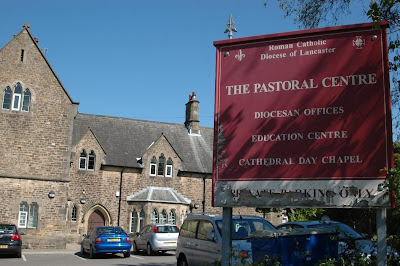 Bishop O'Donoghue has seen through a significant number of reforms of diocesan structues, with major changes to diocesan finances, the education service and youth provision. The changes have often been difficult for people affected, and are a reminder to all of us that a bishop's task is never an easy one. An process of reviewing parishes and chapels has produced a pastoral plan for the Diocese and recently resulted in some chapels-of-ease being closed. Such decisions are always difficult and often painful. 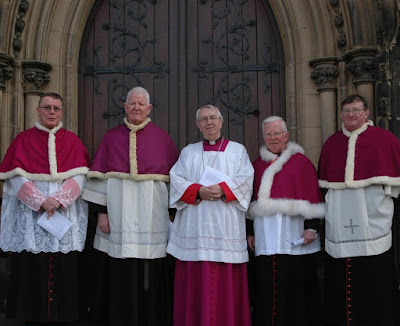 Also reformed was the Cathedral Chapter - the Canons - whose statutes were changed to introduce 75 as a retirement age. The result was the installation of four new canons - including the then Bishop-elect Fr Michael Campbell - at Mass in March 2008. 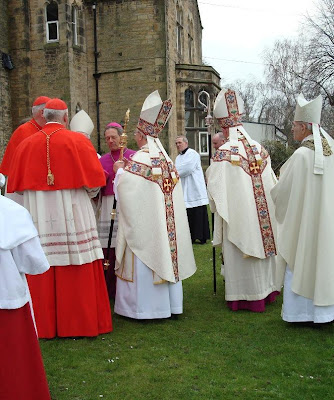 On 31st March 2008 the Bishop ordained the man who will today become his successor: Bishop Michael Campbell, the first Augustinian Bishop in England since the Reformation. Since that day the two have had joint care of the Diocese, but in a few hours' time the burden falls to Bishop Campbell alone. Many at the Cathedral and beyond will want to thank Bishop O'Donoghue for his tireless work these last eight years, and to wish him a long and happy retirement. The Bishop is expected to remain with us for a few weeks until returning to his roots in Ireland.

Posted by Lancaster Cathedral at 07:09