The Installation of Archbishop Nichols 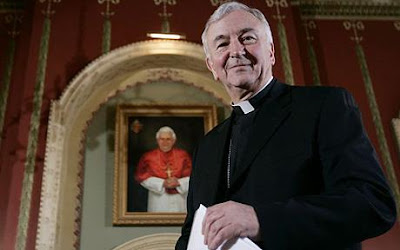 Today Most Rev. Vincent Nichols will be installed as the eleventh Archbishop of Westminster, taking charge of the largest diocese in our land and also the most influential. A wonderful celebration is planned. The Archbishop will be formally greeted at the doors of the Cathedral at 12noon then led to the cathedra (bishop's throne), where he will be seated for the first time. Cardinal Murphy-O'Connor, the first Archbishop of Westminster ever to make it to retirement, will be among four cardinals and sixty bishops present. 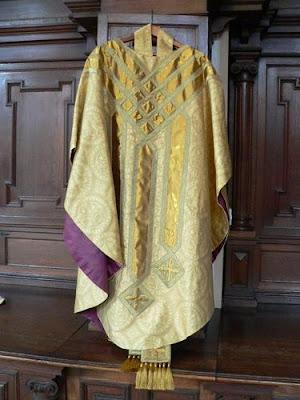 A great amount of work has taken place over the past few weeks, and every effort has been made to ensure that the liturgy will be of the highest quality. The chasuble pictured here, which will be worn by Archbishop Nichols, has been specially made for the installation. 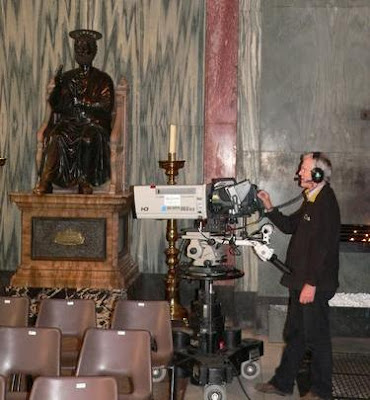 The Mass will be broadcast live on BBC Two from 11:45am. Camera crews have been in place during the week as rehearsals have taken place. Huw Edwards will present the programme, with commentary provided by Monsignor Mark Langham, the former Administrator of Westminster Cathedral. Our parishioners may remember Monsignor Langham from the feast of the Dedication of the Cathedral in 2006, when he came and preached at Mass and Vespers. He now works in Rome in the Pontifical Council for Christian Unity.

Posted by Lancaster Cathedral at 06:45