A Day in Durham 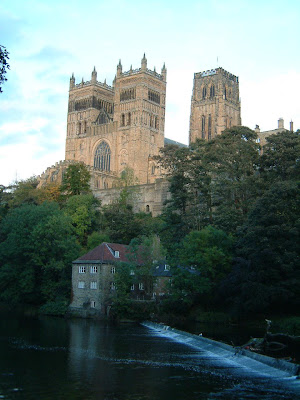 Yesterday a coach-load of parishioners travelled to Durham for a day trip. The day fell into two parts: first, a visit to Ushaw College, a seminary (college for training priests) a few miles outside the city, and then a visit to Durham itself. 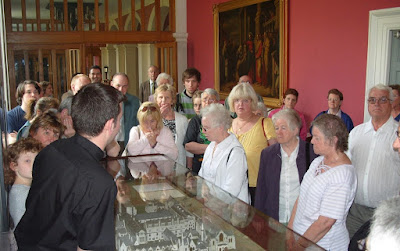 At Ushaw, where Fr Andrew had trained, he took on his old role of college tour guide. The first stop was a rather impressive model of the college, which illustrates just how big the site is. The college opened in 1808 - so celebrates its bicentenary this year - but much building work took place in the 1840s and 1850s; new wings were also added in the 1930s and in 1964. 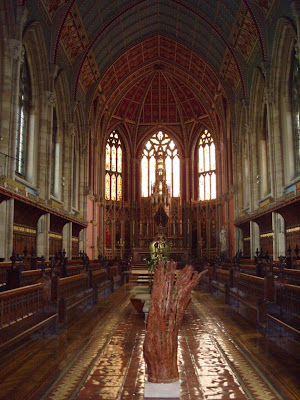 Having looked at the model, we headed for St Cuthbert's chapel, the largest of fourteen chapels in the college. Later we celebrated Mass here, for the feast of the Visitation. 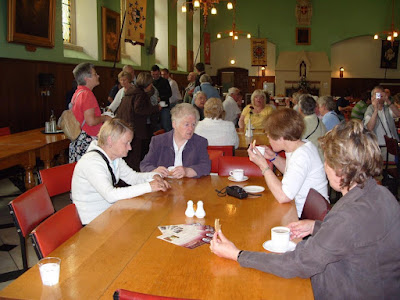 At Ushaw's impressive refectory, we paused for a cup of tea... 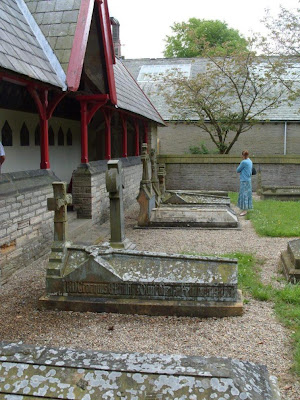 ... and then those who wished made a brief visit to the cemetery. Many bishops are buried here, as is John Lingard, who was for many years parish priest at Hornby near Lancaster. Lingard had been Vice-President of Ushaw 1810-11, and is well-known as a fine historian. Some parishioners also knew of a relative buried here, and were able to find his grave. 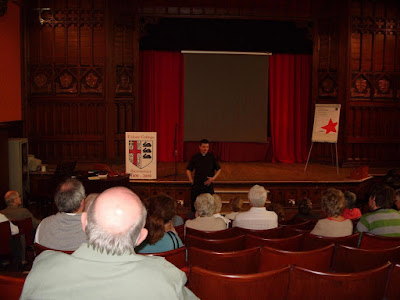 Back in the college, we had a quick look inside Ushaw's theatre hall, a place often used for lectures or conferences, but in the past the scene of both fun and fear: many college plays and shows were staged here, but it was also the scene of public oral examinations - a frightening prospect indeed! 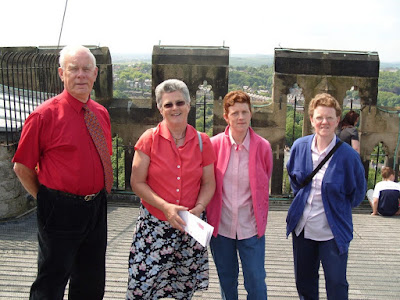 After Mass we travelled to Durham city where there was chance for lunch and a look at the sights. Most people headed, naturally enough, to Durham's spectacular cathedral. A few even braved the heights and climbed the 325 steps to the top of its tower. All in all, it was a very enjoyable day; hopefully we can make similar day-trips in future.
Posted by Lancaster Cathedral at 08:40