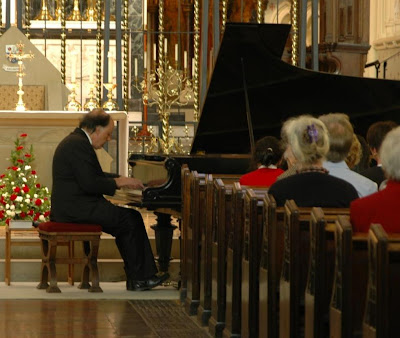 This evening the Cathedral hosted a spectacular piano recital given by the American pianist Roman Rudnytsky. Roman has played in many parts of the world, and came to Lancaster after being as far afield as South America in recent weeks. He has also recently played in Africa, and over dinner before the concert he also told us that three weeks ago he was - quite literally - in Timbuctoo! 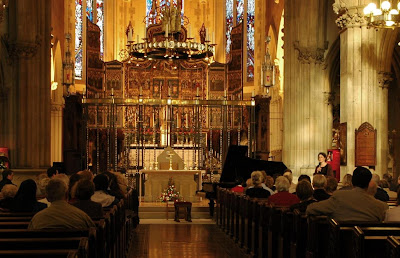 The concert was introduced by Caroline Hull, the Cathedral's events co-ordinator. Caroline oversees all the concerts and cultural events at the Cathedral, which are organised to open the building to a wider audience and to bring in money for important works. Money currently being raised is helping to pay for the organ restoration work, which is ongoing. 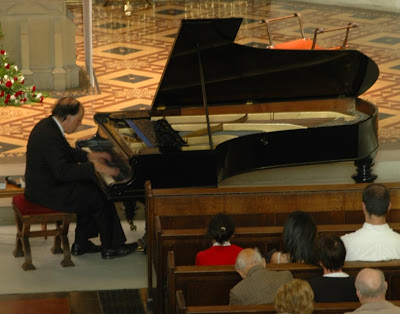 Roman played a mighty programme of works, including sonatas by Beethoven and Prokofiev, pieces by Chopin, Grieg and Liszt, and Mussorgsky's highly popular 'Pictures at an Exhibition'. A very full programme, and much appreciated by the audience. 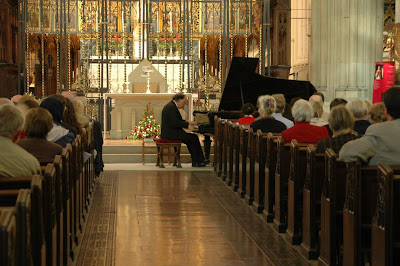 The list of forthcoming concerts at the Cathedral reveals a great variety of styles: click here to see full details of events in the near future.
Posted by Lancaster Cathedral at 21:52