Life as a Bishop 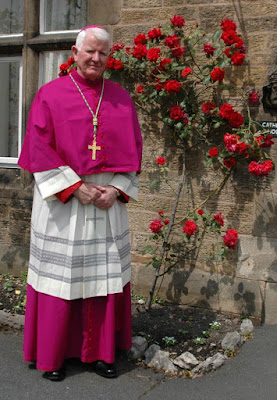 It is hard to believe that two months have already passed since Bishop Michael's ordination. After the excitement of that day, he is now getting to grips with his role as bishop. Already he has adminstered the sacrament of confirmation in several parishes, and made some parish visitations. Within a few weeks he will also preside at an ordination for the first time, when he ordains three deacons for the Venerable English College, Rome. A couple of days a week he is in his office in Lancaster, and those who work in Cathedral House are getting used to seeing him around the place. These pictures of him were taken in the glorious sunshine earlier this week. A number of photos were taken, some for family and friends and others for official use and for the press. Meanwhile people are still ordering copies of the DVD of the ordination. Editing is now complete and copies are being made, so the long wait is nearly over! There will be a post on the blog when we receive them. 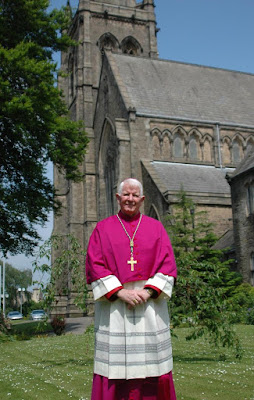 Posted by Lancaster Cathedral at 08:07