The Church of the Curé 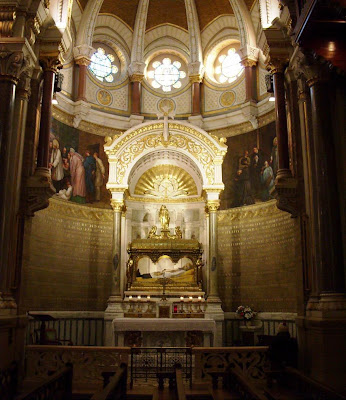 St John Vianney's body lies above an altar in a side chapel of the Basilica of Ars, which was built in the 1860s. He himself had long desired to build a larger church but it was not until after his death that work began. The architect was a convert of the saint. 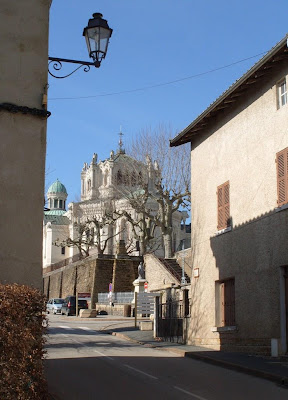 The basilica dominates the small village, occupying a central location and standing on a hill. It is not a huge church; in fact, a larger 'underground' church was built in 1959, to mark the centenary of the saint's death. This is used for larger gatherings and can accommodate about 2500 pilgrims. 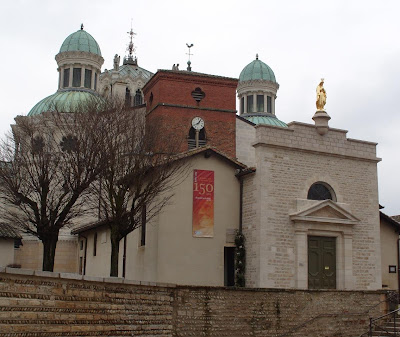 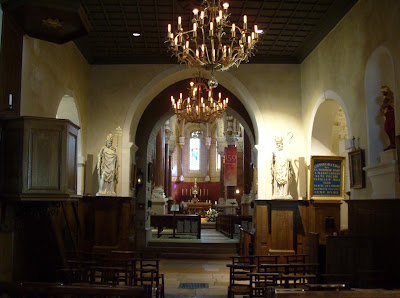 This is the view inside as it is today. The camera is at the back of the old church; the arch at the far end would have been the entrance to the sanctuary, so it is possible to see how small the old church was. To the left is the pulpit from which the Curé delivered his sermons, and out of view to the sides are small side chapels which he had built during his 40 years here. Through the arch the new basilica can be seen. 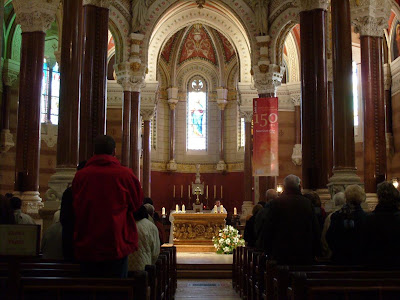 Today the shrine continues much of the work of the saint. There is daily Exposition and confessions run more-or-less continually during the daytime. Mass is celebrated each day in the Basilica, and the side chapel altars of the old church are also used. 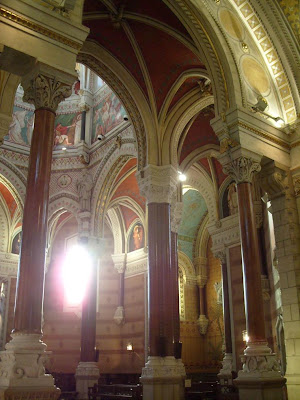 The Basilica is richly decorated and colourful, with a mosaic floor. It is very well maintained - something with which the Curé would no doubt be very pleased. 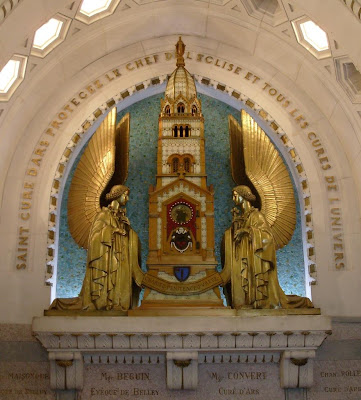 A few yards from the Basilica a separate chapel was built to hold a reliquary which contains the saint's heart. Although his body never leaves the shrine, his heart has travelled to various countries; amongst other places it has visited the United States, and fairly recently was taken to Rome, where the Pope spent some time in prayer before it. 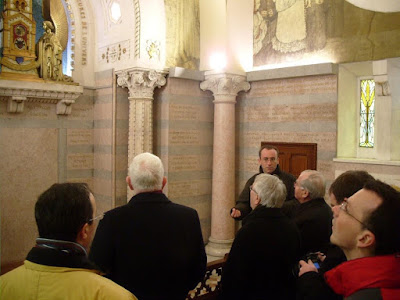 Our Bishops and junior clergy were given a tour of the village ending in the chapel. Find out more about what they did in Ars in tomorrow's post.
Posted by Lancaster Cathedral at 07:34