The Life of St John Vianney 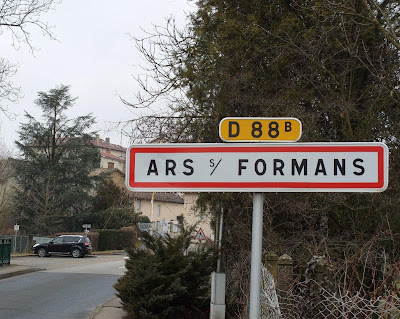 Ars is a small village about 30 miles outside of Lyon, not very far from the French Alps. It was here in 1818 that a young priest, John Vianney, was sent by his Bishop. Seemingly he was told, "There is not much love of God in that parish; it is up to you to put some there." If it sounded like an impossible task, perhaps the priest took courage from what he had already achieved. He had overcome many obstables in order to be ordained, not least a great struggle in his studies and an inability to master Latin, which had resulted in him having to leave the seminary. Sheer determination and divine providence had helped him get this far. 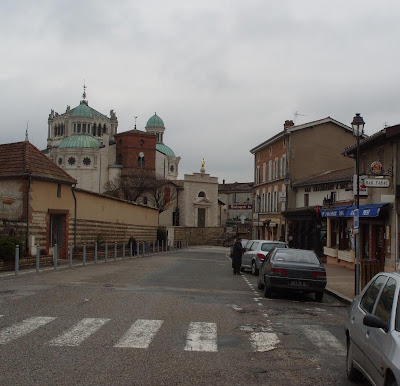 By the end of his life he had made quite an impact, with up to 80,000 people visiting him in 1858, the year before his death. Today about 400,000 people, including 8,000 priests, visit Ars each year. Despite the great flow of pilgrims it remains a very small village, totally dominated by the Basilica built after John Vianney's death. 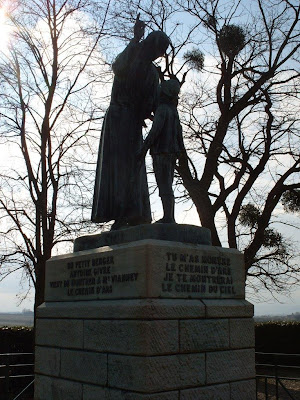 On the way to Ars Father Vianney was unsure of which direction to take and asked a shepherd boy for help. On receiving his answer, he thanked the shepherd and said, "You have shown me the way to Ars; now I will show you the way to heaven." A monument outside the village recalls the event. It also notes that the young shepherd died on 9th August 1859, just five days after the priest. Perhaps Father Vianney was more true to his word that he realised at the time. 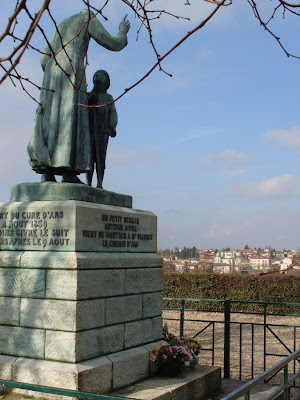 On arrival in Ars the young priest discovered a village with little faith. Attendance at Mass was very poor, and people showed little interest in their religion. He set about changing this, leading by example. He encouraged people to Mass and confession, and persuaded them not to work on Sundays, but to observe the Sabbath. For a long time his work seemed fruitless and on a few occasions he decided to leave Ars, but on each occasion turned back. 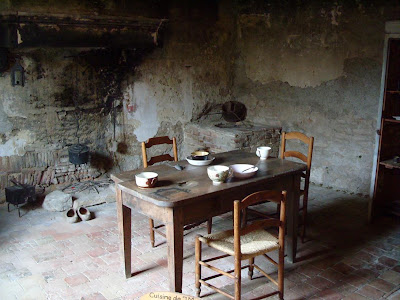 Visitors to Ars can walk around his house, getting something of a flavour of his life. He lived in great poverty. He would cook some potatoes each weekend and eat them throughout the week. His house was very basic, but he was able to raise money to help the poor and founded an orphanage in the village. He was also very willing to spend money on the church, buying only the finest vestments and decorations for the house of God. 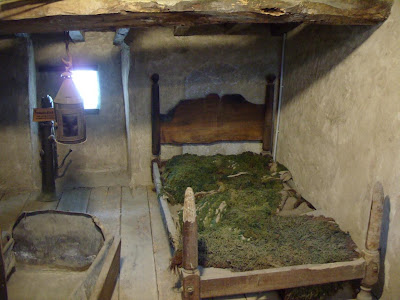 This was his bed. He chose to live a life of penance so that he might call people to repentance. In time his work bore fruit, and people began coming in ever greater numbers to hear him preach, and most of all to go to confession. He spent much time before the tabernacle in adoration of the presence of Christ, and tried to read a little each day to deepen his spiritual and theological formation. 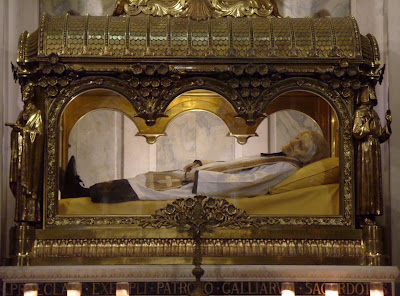 This year it is 150 years since he died, and the anniversary is being marked in Ars throughout 2009. About 40 years after his death his body was exhumed and found to be incorrupt. It now lies above the altar of a side chapel in the Basilica at Ars. His face is covered with a mask, but his hands are still visible. Canonised in 1925, St John Vianney - the 'Curé of Ars' - was declared patron of parish priests throughout the world in 1929, and his shrine has now become a great place of pilgrimage. Pope John Paul II came here as a pilgrim - first as a priest in 1949 and later as Pope in 1986. St John Vianney is the patron of the Lancaster Diocesan House of Formation at Cleator; the Vocations Service has a blog, which can be seen here. Tomorrow we look at the Basilica in Ars and the church at which the saint worked.
Posted by Lancaster Cathedral at 07:14