Scenes from the snow 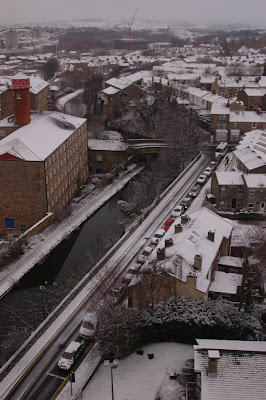 Yesterday, as much of England suffered heavy snowfall, the people of Lancaster awoke to find that enough snow had fallen overnight for it to lie on the ground. 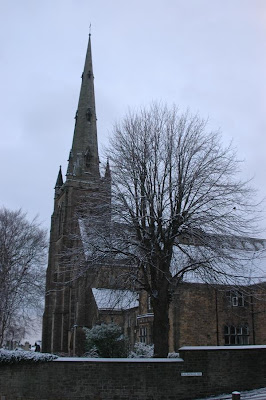 Lancaster very rarely gets enough snow for it to stick. Being close to the sea the city usually escapes the worst of the winter weather. 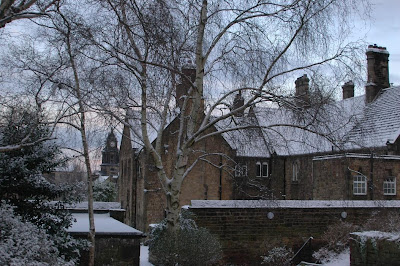 The pictures were taken yesterday morning. The tops of buildings and the ungritted roads were fairly well covered as the day began. 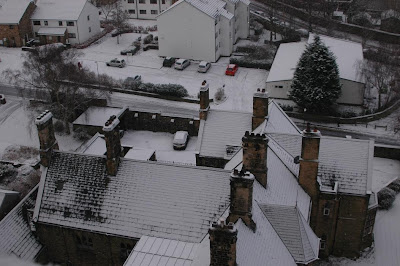 From up on the Cathedral tower, the full extent of the snow was visible. 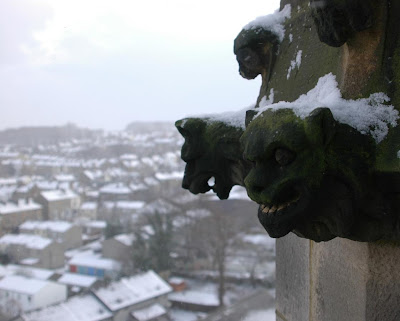 For the gargoyles it was a chilly start to the day. 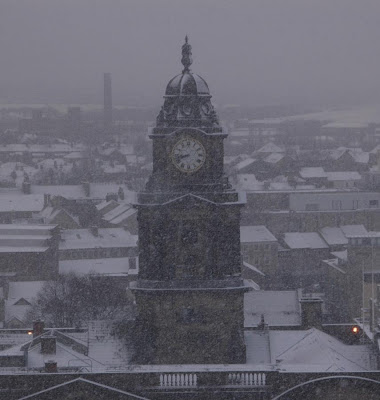 Throughout the morning there were occasional snow showers, some fairly heavy... 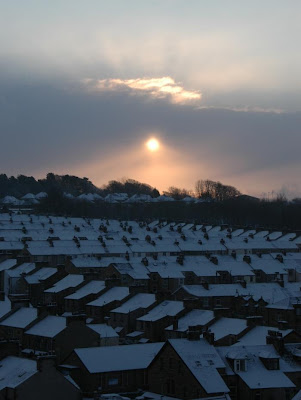 ... though the sun also tried to peep through the clouds. 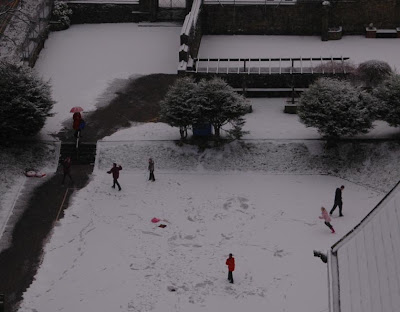 There were those, of course, who found it all very exciting! 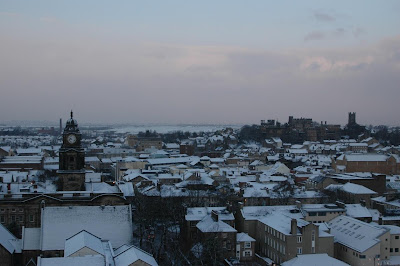 Posted by Lancaster Cathedral at 08:01