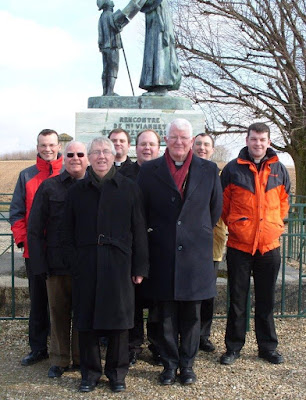 The junior clergy of the Diocese normally meet up twice a year for discussion and a little social time. Any priest who has been ordained less than 10 years is welcome (therefore the group is often referred to simply as the 'under-10s'. It is certainly some years since they last went on retreat together, so the few days in Ars were a welcome initiative. Not all of the group were able to go, but six priests travelled, led by our two Bishops. 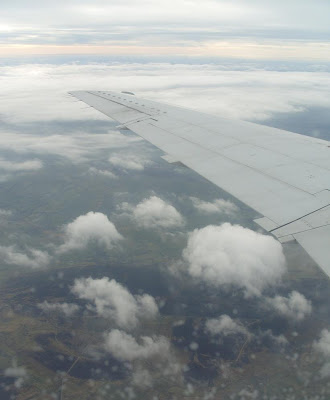 A flight from Manchester took the group as far as Lyon, from where they made the 30-mile journey to the remote village of Ars. The arrangements were made by Fr Philip Conner, well used to organising trips in his capacity as Director of the Diocesan Youth Service, and everything went very smoothly. 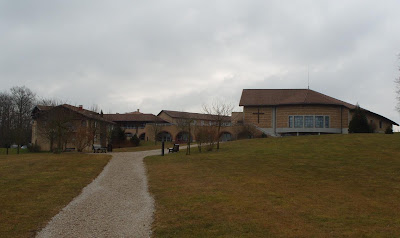 The group stayed in the Foyer Sacerdotal, a house for priests and seminarians just outside of the village. In 1986 Pope John Paul visited Ars and gave a retreat to 6000 priests, deacons and seminarians. Following his visit an international seminary was founded in 1988, and the Foyer was built in the mid-90s. Most of the seminarians live in small communities in the village, but they come to the foyer for some of their formation and meals, and much of their communal prayer takes place here. 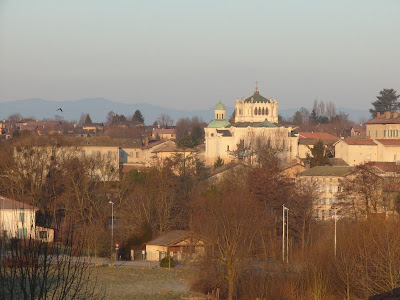 From the Foyer it takes about five minutes to walk into Ars. The Basilica can clearly be seen from the upper floor of the house. The retreat time was divided between the village and the Foyer, which has rooms for meeting and a number of small chapels. Each day the group celebrated Mass together and came together for Morning and Evening Prayer. There was a holy hour and the Bishops gave a talk each day, after which there was some opportunity for discussion. 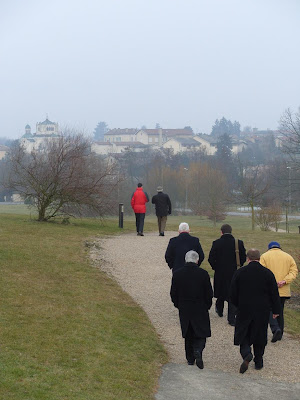 After the first night's rest the group headed into Ars where they watched a video about the life of St John Vianney. 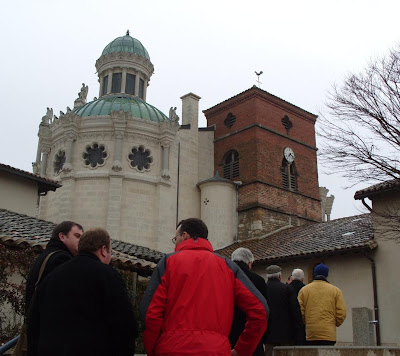 After the video there was a tour of the places associated with the saint, led by a Belgian priest who trained in Ars and now works at the shrine. 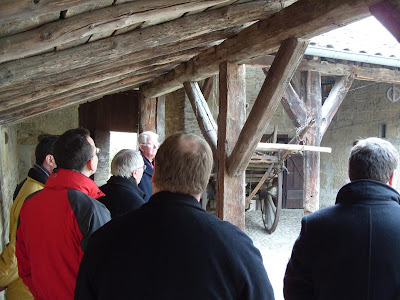 The tour included a look around the presbytery where John Vianney lived; more pictures can be seen below, on Sunday's post. It is a fascinating thing to walk around the places where the saints lived, but any pilgrimage should arouse more than just curiosity. As people came to be inspired by the Curé 150 years ago, so he continues to inspire many people today. And a pilgrimage, of course, is not just for the benefit of those who travel; Mass was offered each day for the priests and people of the Diocese, who were frequently remembered in prayer throughout the retreat. 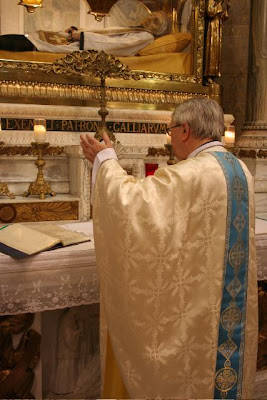 On Thursday morning Bishop Patrick celebrated Mass at the altar below the tomb of St John Vianney, with Bishop Michael and the priests concelebrating. They were given the honour of using a chalice which the saint himself used for Mass. 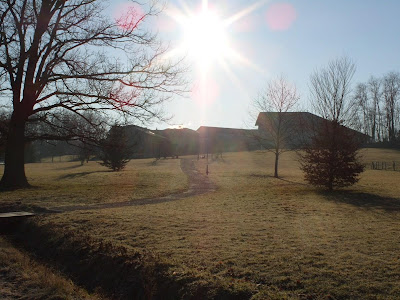 Please continue to pray for priests, and especially for vocations to the priesthood and religious life. There is more about vocations on the Diocesan Website - click here to take a look.

Posted by Lancaster Cathedral at 07:01