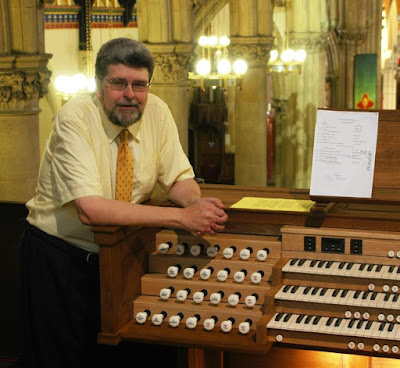 Last night saw another major landmark in the organ restoration work as the legendary American organist Carlo Curley gave a recital in the Cathedral. Carlo is well known around the world as a brilliant organist with great ability to engage the audience, and he did not disappoint. 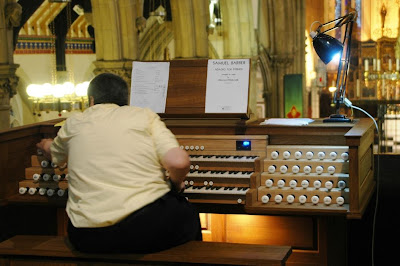 The programme was filled with works by American composers, chosen to mark July 4th, Indepedence Day. Carlo's skill was in greatly in evidence as he gave a dazzling performance. He certainly put the organ through its paces, and at one stage joked that he was trying to "invalidate the warranty". 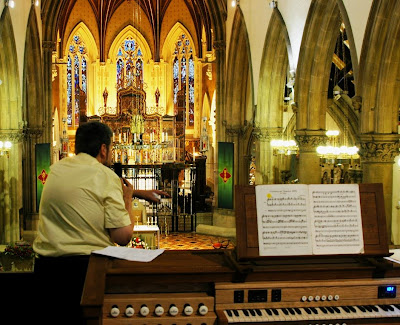 Between pieces he often took the microphone to speak to the audience from the gallery, introducing some of the works and their composers. He congratulated the organ builders, Henry Willis and Sons, on their work, telling the crowd: "I do not recognise this organ." Carlo had previously played at the Cathedral in July 2005, when the organ was in a terrible state; he was clearly very pleased with the restoration work carried out by Willis. 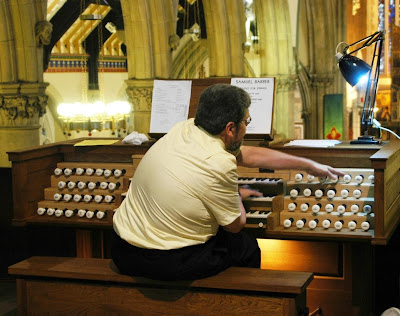 The programme included a range of styles; pieces included an organ transcript of Samuel Barber's Adagio for Strings, Charles Ives’ Variations on 'America' and Lindblad’s Toccata on an American Theme. 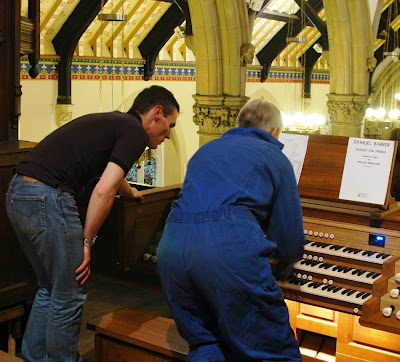 The event could only take place thanks to the heroic efforts of the Willis staff. Jonathan and Fred had worked (almost quite literally) around the clock to ensure that everything was ready, and stayed on hand during the recital just to make sure that the organ performed well. It did. You can find the Willis and Sons website here. 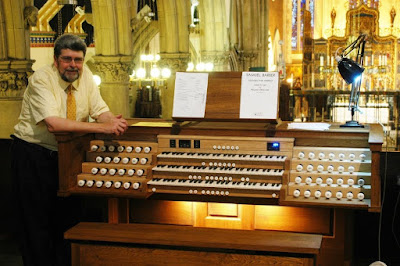 Hopefully Carlo will return before too long to play at the Cathedral again. He is an extraordinary performer; his own website describes him as "The Pavarotti of the Organ". You can visit his site, which also includes details of his forthcoming concerts, here.
Posted by Lancaster Cathedral at 08:08