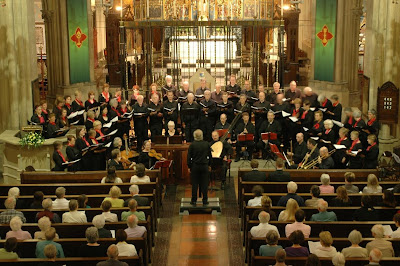 Last night the Cathedral hosted a performance of the celebrated Monteverdi setting of Vespers. The work dates from 1610 and was first published in Venice; since that time it has become well-known and frequently performed around the world. 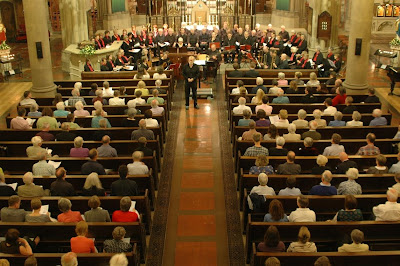 The performance was given by the Levens Choir, who are based in Kendal; they were accompanied by the Early Baroque Band using instruments typical of the period. Before the performance conductor Ian Jones gave a brief introduction to the large audience. 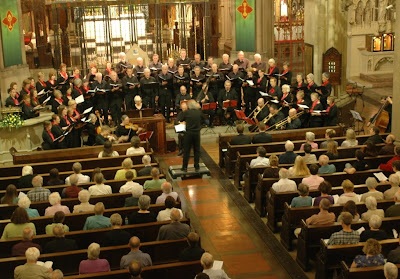 This setting of Vespers uses the texts of the common of the Blessed Virgin Mary, which is used on feasts of Our Lady throughout the year. 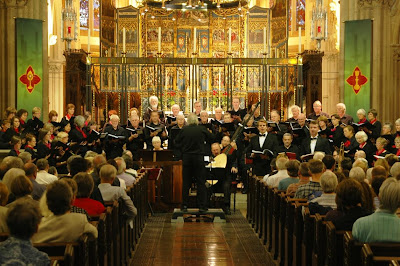 One final concert remains before the summer break: this coming Friday at 7:30pm the Skipton Camerata will play Bach's second and fourth Brandenburg Concerti, as well as works by Bridge, Grieg and Howells (more details here). And, of course, if you would like to come to Vespers being prayed (rather than performed!) it is sung each Sunday afternoon in the Cathedral at 4:40pm.

Posted by Lancaster Cathedral at 07:59