A visit to Dalton Square 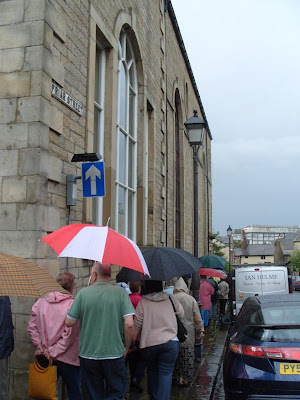 Yesterday evening about 25 parishioners made a trip to Dalton Square for a tour of the former Catholic Chapel there. The visit was part of the Cathedral's 150th anniversary celebrations: it is hoped that during the year many people will come to take a greater interest in the history of Catholicism in Lancaster. The Dalton Square church was opened in 1799, under the charge of Lancaster's priest at that time, Dr John Rigby. Our group of parishioners met outside in the rain before heading indoors. 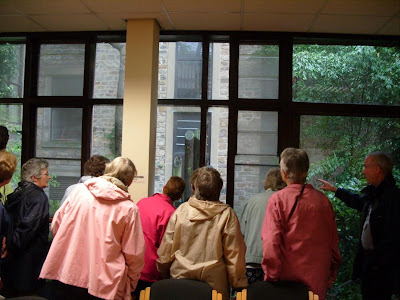 The tour was conducted by Mr Stephen Gardner, conservation officer for the council, who works in the building, which is now known as Palatine Hall. Here the group take a look at the back of the former presbytery. After the clergy moved out it became a doctor's surgery and was home to the imfamous Dr Ruxton; here he murdered his wife and maid. The crime became so famous that it even has its own Wikipedia page, which can be found here. 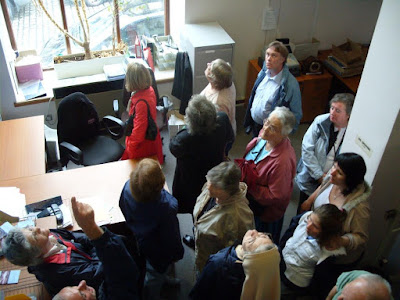 After the look at the presbytery it was on to the former church itself, where people commented how it seemed very much larger inside than it appeared from without. Clearly the building would have accommodated a fairly large number of people; later it was used as a cinema. 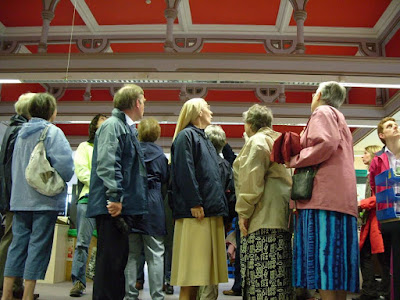 The ceiling was of particular interest because - although redecorated - the structure remains the same as it was when the building was a church. In March Billington's Blog featured a number of posts about the Dalton Square chapel; if you'd like to read more, click here and scroll down through the entries to see the relevant posts. 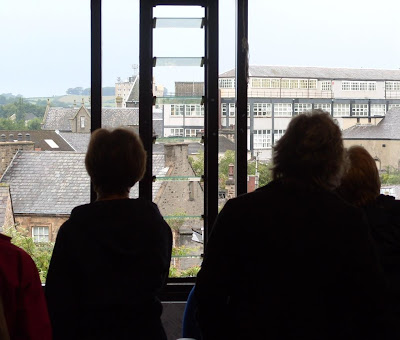 The chapel at Dalton Square replaced an earlier makeshift building at St Leonardsgate; it is perhaps fitting therefore that today the old chapel, now used for office space, has windows which look out onto St Leonardsgate and towards the Cathedral (see an image here). Lancaster's Catholic history has left a trail across the city. Our thanks are due to Mr Gardner and to the council authorities for arranging this tour for us.
Posted by Lancaster Cathedral at 07:23