The Pope in Hospital 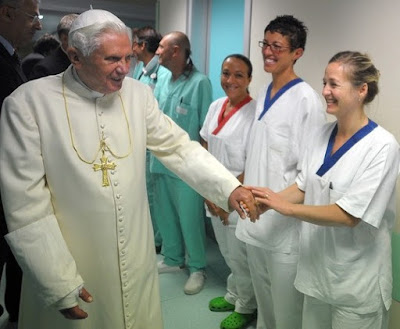 As you may have seen in the news, Pope Benedict has had surgery on his wrist following a fall while on holiday yesterday. After the fall the Holy Father apparently said Mass and then had breakfast before going to hospital, where he was found to have a small break in the wrist. Here he is seen thanking medical staff as he returned to his holiday; the cast can be seen on his right arm. It's the first time that the Pope has been in hospital since his election in April 2005.

Posted by Lancaster Cathedral at 08:15