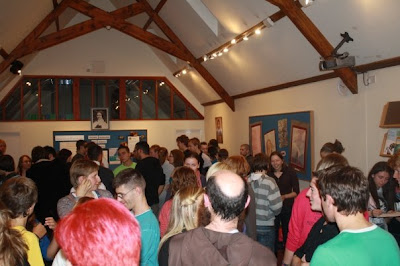 The Cathedral did not close at all while the relics were with us, and a large number of young people from around the Diocese took part in the all-night vigil for youth on the night of Tuesday 29th September. Much of the time was spent in the Cathedral, with workshops and talks taking place throughout the night in the Diocesan Education Centre (pictured above). 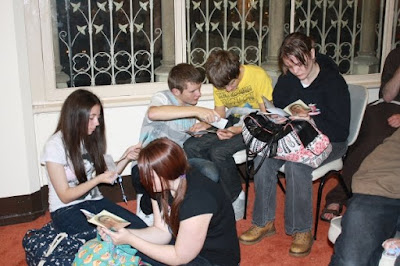 Prayer was at the heart of the vigil, the programme for which was organised by the Diocesan Youth Service. Here some of the young people are preparing to pray the Rosary. 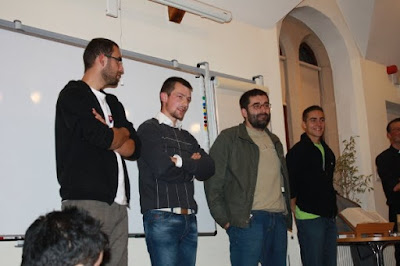 Sessions during the night were led by a variety of groups, including members of a party from Cardinal Allen High School in Fleetwood, CAFOD and the Cenacolo Community. The decision to hold most of the sessions in other spaces meant that the Cathedral was kept free for prayer throughout the night. At midnight there was a service of reconciliation, during which up to six priests were available for confession. They were kept busy for two hours! 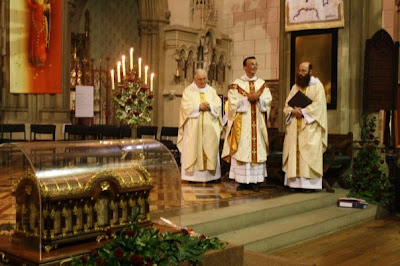 The vigil ended with Mass at 6am. Around 40 young people had stayed all night, and many more were present for part of the vigil. Over 100 people were at the Mass. 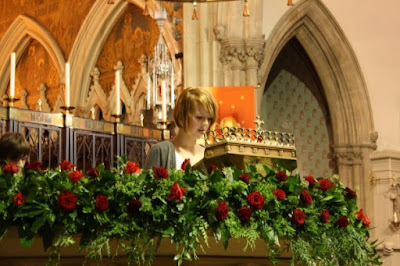 Some who had been on the vigil did the readings; young people also served at the Mass. 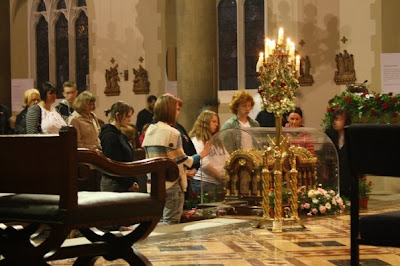 No doubt all of the people who were present will remember the vigil for different reasons; for most, however, one thing will remain: the silent draw of the relics, a shrine to St Thérèse and a place of prayer which had drawn so many young people together in the first place. Tomorrow our coverage of the visit to Lancaster continues, and we will also post some pictures of the relics in Westminster Cathedral, their final stop. Many thanks to Tomas Walsh, administrator of the parish blog at St Wulstan's and St Edmund's, Fleetwood (find the blog here), for sending us these pictures of the youth vigil.
Posted by Lancaster Cathedral at 07:02