A night at the Grand Theatre 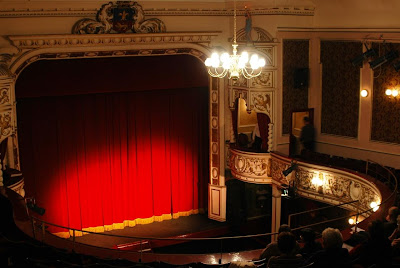 Last night the parish took over Lancaster's prestigious Grand Theatre for the evening, with the last of three dramas about our patron, St Peter, being held there. The event followed two earlier productions at the Cathedral (posts here, here and here) which explored St Peter's life and his contribution to the early Church.

Parishioners gathered alongside others who had seen the event in the Grand Theatre's own publicity or on their website. 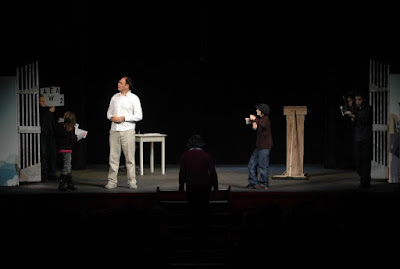 The production centred on Peter's role as guardian of the gates of heaven. He waits next to the gates, and people whose earthly life had ended came to meet him and try to enter heaven. In the course of events we found out about their lives on earth - the good and the bad - and followed their progress. Would they get through? 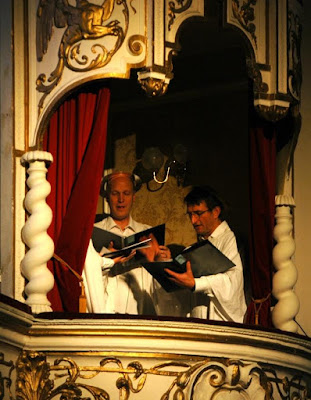 While the stage represented the gateway to heaven, the upper floor of the theatre represented heaven itself. A quartet of voices (there really are four - two are out of view in this picture!) represented the heavenly host, providing music in wonderful four-part harmony. Those who were allowed to pass the pearly gates also made their way upstairs. 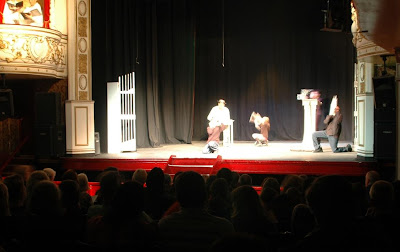 It was great to see many members of the parish involved in the production. This drama - and the two shows earlier in the year - were masterminded by Emma Rucastle, a local drama teacher. Emma has brought together a great group of volunteers to appear in the performances, and some people have been in all three shows. 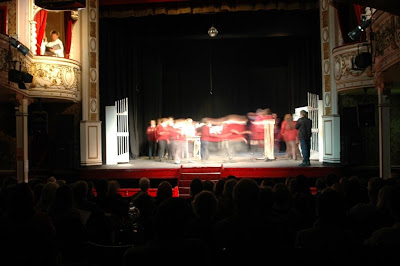 Dressed in their school uniforms - though a bit of a blur here! - are a number of children from the Cathedral Primary School, who also took part in the drama. There were also some members of the Cathedral's Cafe Club for young people. 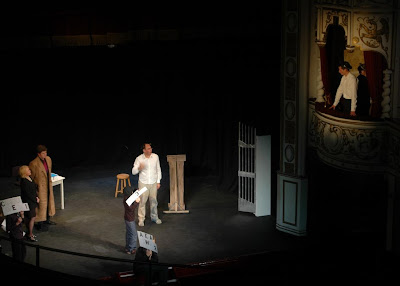 Here St Peter, on the stage, seeks advice from the Lord, who appears upstairs in the box. He's judging two difficult cases: an insincere politician and a wealthy celebrity, and is not too keen on either! One of the key messages of the production was that contrition is key: whatever our failings in life, if we are genuinely sorry we can always ask the Lord for forgiveness. 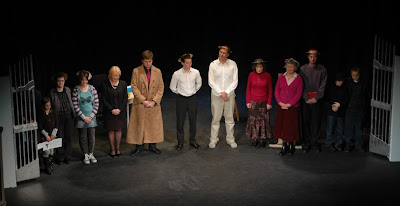 Here some members of the cast prepare to take a bow at the end of the production. Despite some serious messages the show included a lot of humour and was greatly enjoyed by those present. We are very greatful to Ellie and to all at the Grand Theatre for their hospitality last night. The Grand Theatre (website here) is among those who are supporting events in the Cathedral's 150th anniversary year. You can find a full list of our 150th anniversary sponsors here.
Posted by Lancaster Cathedral at 11:28