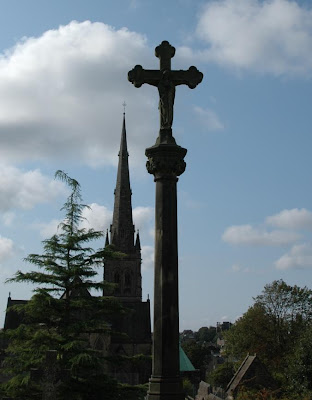 Today is Remembrance Sunday, a day of prayer for those who have died in conflict. The 10:30am Mass will be a requiem Mass for those killed in war and the Office for the Dead will be sung at Vespers at 4:40pm. At all Masses prayers will be said for the dead and for those who serve in the armed forces today, and Canon Stephen will represent the Catholic community at the city's cenotaph memorial service.

Posted by Lancaster Cathedral at 06:43