Many Flowers for the Little Flower 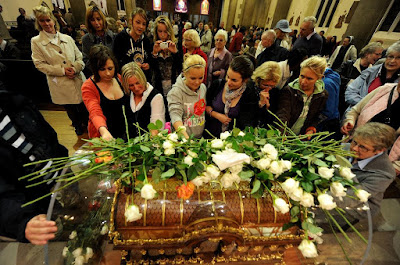 Flowers - and particularly roses - played a significant part in the visit of St Thérèse to Lancaster. It's hardly surprising, given that Thérèse herself often spoke of flowers and even referred to herself as 'The Little Flower'. It is name which has caught on. 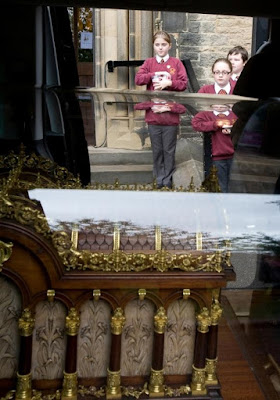 When the relics arrived on Monday children from the Cathedral Primary School were ready with rose petals which they had brought to school that morning. 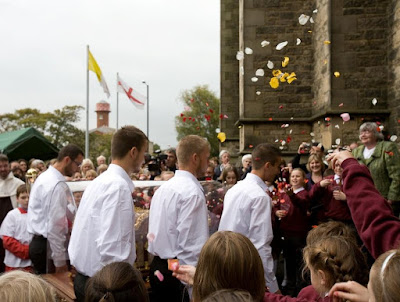 As the reliquary was carried in, the children threw the petals over it; Thérèse surely approved! 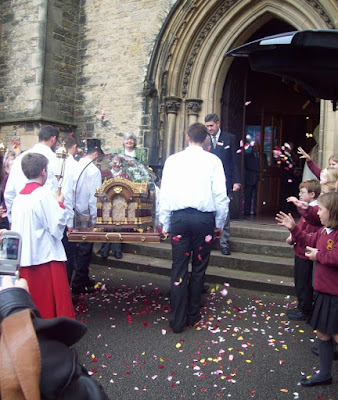 The result was a confetti-like effect outside the church. Thérèse famously promised to "let fall a shower of roses from heaven" after her death; the offering of these petals is a sign of devotion, but is a small offering in comparison to the many prayers which Thérèse offers on our behalf. 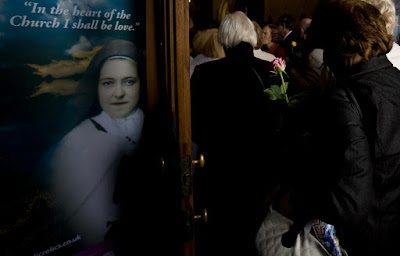 Many pilgrims bought their own flowers; others bought roses as they entered the Cathedral. 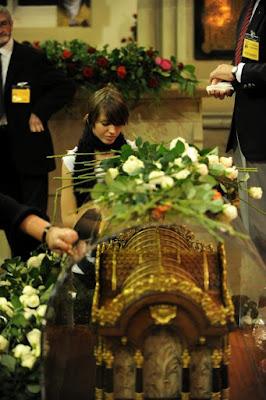 Some pilgrims took their flowers home, but many chose to leave them at the reliquary as a token of their devotion to 'the Little Flower'. Over 1500 roses were left by pilgrims. 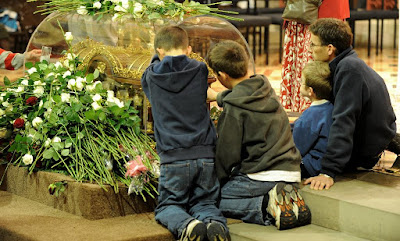 Periodically the roses were cleared from the reliquary and placed in buckets elsewhere; now they have been placed in the St Thérèse garden, where they will stay as long as they last. At times, however, the pile of roses grew so big that the reliquary could barely be seen behind it! This image was taken before the Tuesday evening Mass. 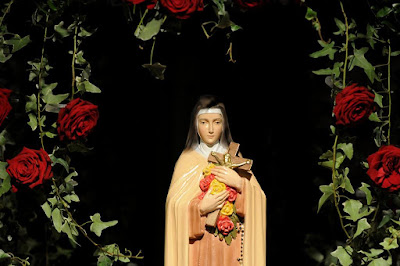 Before the visit began our own team of flower arrangers, helped by Catherine Curran of Flowerstop in Lancaster, put together some beautiful displays within the Cathedral. This display, around a statue of St Thérèse belonging to the Cathedral School, is among the most wonderful.
Posted by Lancaster Cathedral at 12:45