As the relics of St Thérèse approach the end of their tour of England and Wales, the Cathedral blog returns to their visit to Lancaster at the end of last month. Since the visit many people have been in touch to say how much the event meant to them, and it is clear that a great number of pilgrims and visitors were (often unexpectedly) moved by the occasion. Today we take a look back at the major liturgies which took place during the visit. 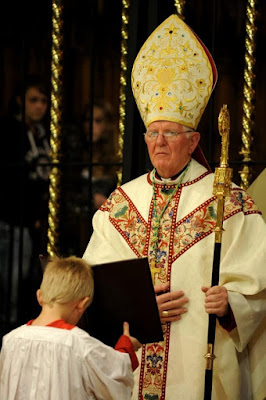 Bishop Campbell received the relics on Monday and presided over Wednesday's departure liturgy. He also celebrated the two evening Masses and the final Mass on Wednesday morning. 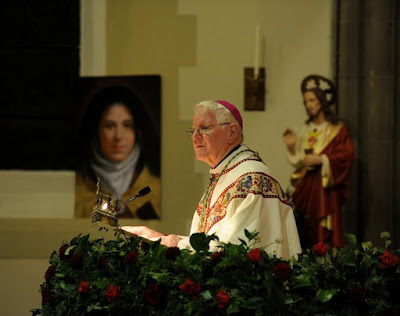 The Bishop also preached at the three Masses he celebrated, speaking about the life of St Thérèse and the lessons she can teach us. At the final Mass he said, "May the Lord be praised and blessed for his goodness to us here in Lancaster! The very large number of pilgrims who have come to Lancaster and Preston to venerate and reverence the Little Flower’s relics speaks eloquently of the abiding appeal of the saint of Lisieux. In her own words, she is indeed spending her heaven doing good on earth. We have been witnesses to the truth of that in this Cathedral." You can read the Bishop's three homilies on the diocesan website: Monday evening here, Tuesday evening here and Wednesday morning here. 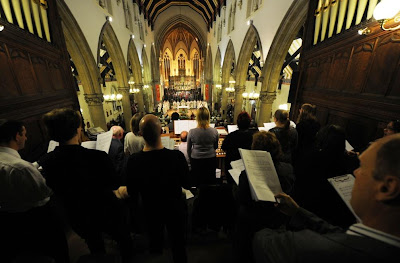 Music was, of course, an important part of all the liturgies. The ladies' choir sang at the Monday evening Mass, the young choristers at the Tuesday lunchtime and Wednesday morning Masses, and a new group, the Germani Singers, at the Tuesday evening Mass. The quality of the music at all these Masses added a great deal to the dignity of the celebration. 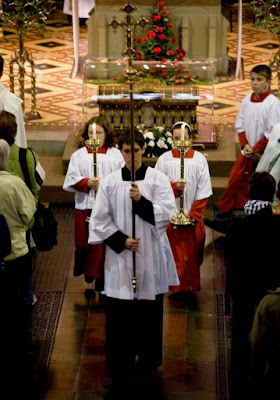 Our servers, too, had a busy few days, assisting at the Masses and the Liturgy of the Hours. It was a rare opportunity for the entire Liturgy of the Hours to be sung publicly, and all of the offices were well attended. It seemed particularly fitting that this should be done during the visit, as Thérèse would have sung all these offices (and more) during her life in Carmel. 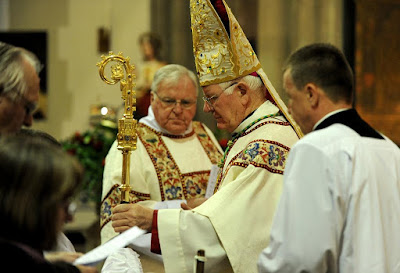 Over half of the people who came to the Cathedral during the relics' visit attended one or more of the liturgical celebrations. On two occasions the Cathedral was so full for Mass that some people had to stand outside. There was a sense of the whole Diocese being united in prayer: the Bishop with the clergy, religious and all the people of the local Church. 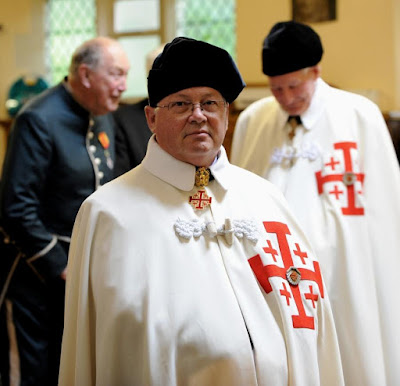 The Cathedral is no stranger to papal knights, and they were represented at all the Masses. Above we see a Knight of the Holy Sepulchre, and below some Knights of St Gregory. Tomorrow's post looks at the all-night Youth Vigil which took place during the visit. 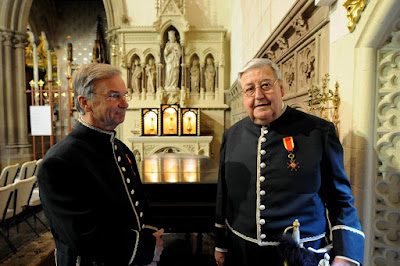 Posted by Lancaster Cathedral at 06:35