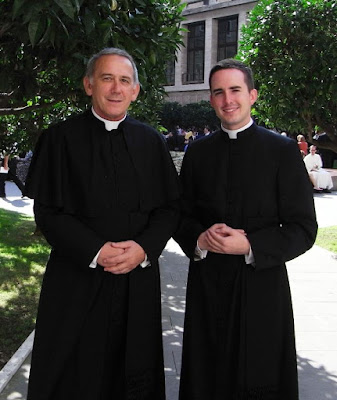 On Thursday Nolan Lowry, the Texan seminarian who has spent some time here at the Cathedral over the last few years, was ordained deacon at St Peter's Basilica in Rome. Nolan (on the right! - seen here with Lancaster priest Fr Peter Groody) came to the Cathedral on placement in the summer of 2007 and has visited a couple of times since. He is now close to completing his studies at the Pontifical North American College in Rome. 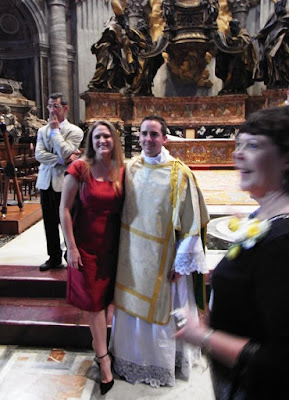 Posing for celebratory photos with family and friends, Nolan is seen here vested as a deacon. He was one of a group of thirty who were ordained at the Altar of the Chair in St Peter's Basilica. The group were ordained by Most Rev. Robert J. Carlson, Archbishop of St Louis. 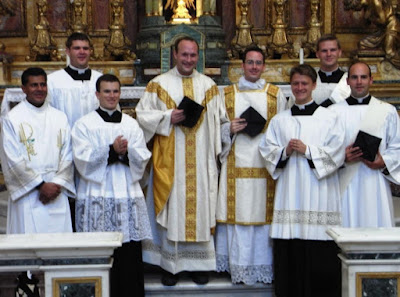 Here Nolan is seen after assisting at Mass for the first time. The Mass took place in the church of San Carlo. Those travelling to Rome on our parish pilgrimage later this month (full coverage on the blog) will no doubt catch up with Nolan during the trip. Thanks to our man in Rome for sending in these pictures.

Posted by Lancaster Cathedral at 06:33