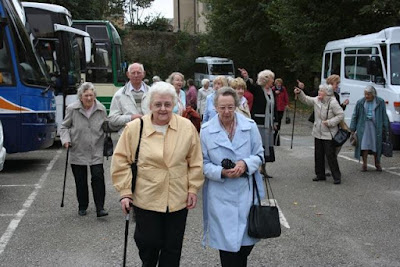 Many of the pilgrims who came to Lancaster to visit the relics of St Thérèse arrived by coach. The City Council allowed us to use the Nelson Street car park, opposite the Polish Church, as a centre for coach arrivals/departures. People then made their way on foot to the Cathedral, a short distance away. A minibus (on loan from Nazareth House) was on standby to ferry pilgrims who were unable to make the uphill journey; in total it made 40 or 50 trips during the visit. 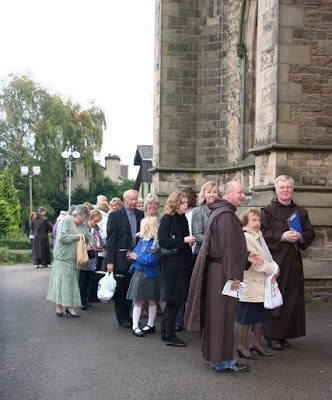 The first priority of most people was to visit the relics, and at times when there were a lot of people arriving a queue soon formed, on occasions reaching the outside of the Cathedral. 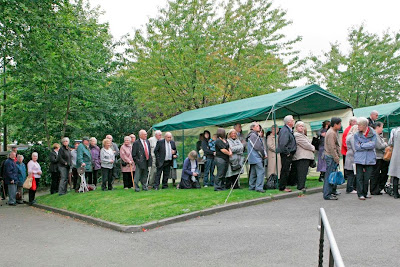 During Mass, when veneration of the relics was stopped, significant queues began to build up. For most of the time, however, people kept moving and relatively few visitors had to wait for more than about 15 minutes. 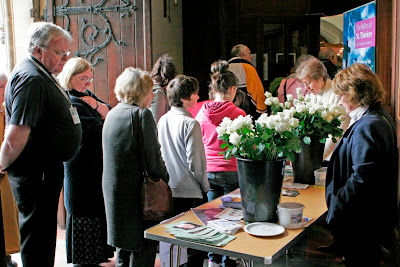 Just inside the door of the Cathedral there were prayer cards and booklets being given away; many people also bought roses to leave at the reliquary. 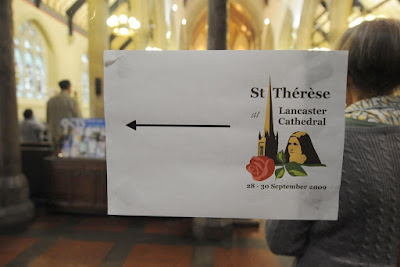 Extra signs were put in place to complement the work of the stewards. A large number of stewarding volunteers helped out, to ensure that the whole event was safe and orderly through day and night. It would not have been possible without them. 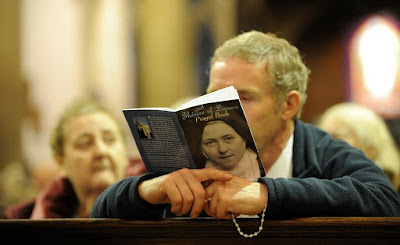 Many pilgrims spent some time quietly in the Cathedral, praying after having venerated the relics. A large number of people also attended one of the Masses or other services which took place. 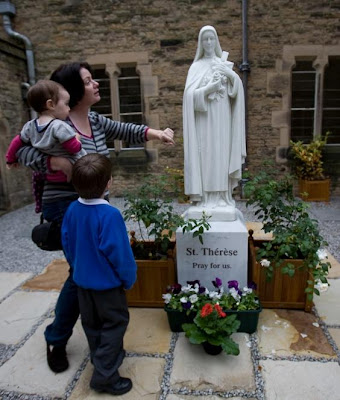 Around the site there were plenty of other things to do. Some people watched the St Thérèse video or read information about the Carmelite saints which had been put up in the corridors; some also visited our new St Thérèse cloister garden, specially designed for the visit. 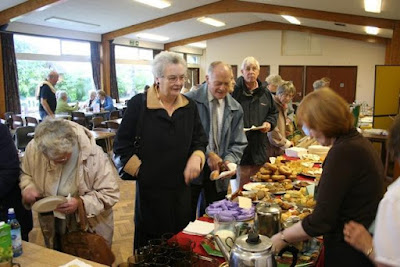 No pilgrimage would be complete without some refreshments, and large numbers of people called in at the Cathedral Social Centre for a cup of tea, cakes etc. A small army of volunteers worked here, too, and a great many visitors took advantage of the hospitality. Don't forget to send us your pictures and stories about your visit to Lancaster; click here to contact us. Thanks to Fr Michael Docherty, who sent some of the images in today's post. Our own St Thérèse blog has begun posting again, and on it you can find out where the relics have been since they left Lancaster: click here to take a look.
Posted by Lancaster Cathedral at 06:14